Trickbot, a sophisticated trojan that has evolved significantly since its discovery in 2016, has continually expanded its capabilities and, even with disruption efforts and news of its infrastructure going offline, it has managed to remain one of the most persistent threats in recent years. The malware’s modular nature has allowed it to be increasingly adaptable to different networks, environments, and devices. In addition, it has grown to include numerous plug-ins, access-as-a-service backdoors for other malware like Ryuk ransomware, and mining capabilities. A significant part of its evolution also includes making its attacks and infrastructure more durable against detection, including continuously improving its persistence capabilities, evading researchers and reverse engineering, and finding new ways to maintain the stability of its command-and-control (C2) framework.

This continuous evolution has seen Trickbot expand its reach from computers to Internet of Things (IoT) devices such as routers, with the malware updating its C2 infrastructure to utilize MikroTik devices and modules. MikroTik routers are widely used around the world across different industries. By using MikroTik routers as proxy servers for its C2 servers and redirecting the traffic through non-standard ports, Trickbot adds another persistence layer that helps malicious IPs evade detection by standard security systems.

The Microsoft Defender for IoT research team has recently discovered the exact method through which MikroTik devices are used in Trickbot’s C2 infrastructure. In this blog, we will share our analysis of the said method and provide insights on how attackers gain access to MikroTik devices and use compromised IoT devices in Trickbot attacks.

This analysis has enabled us to develop a forensic tool to identify Trickbot-related compromise and other suspicious indicators on MikroTik devices. We published this tool to help customers ensure these IoT devices are not susceptible to these attacks. We’re also sharing recommended steps for detection and remediating compromise if found, as well as general prevention steps to protect against future attacks.

The purpose of Trickbot for using MikroTik devices is to create a line of communication between the Trickbot-affected device and the C2 server that standard defense systems in the network are not able to detect. The attackers begin by hacking into a MikroTik router. They do this by acquiring credentials using several methods, which we will discuss in detail in the following section.

The attackers then issue a unique command that redirects traffic between two ports in the router, establishing the line of communication between Trickbot-affected devices and the C2. MikroTik devices have unique hardware and software, RouterBOARD and RouterOS. This means that to run such a command, the attackers need expertise in RouterOS SSH shell commands. We uncovered this attacker method by tracking traffic containing these SSH shell commands.

Attackers first need to access the MikroTik shell to run the routing commands. To do so, they need to acquire credentials. As mentioned earlier, based on our analysis, there are several methods that attackers use to access a target router:

MikroTik devices have a unique Linux-based OS called RouterOS with a unique SSH shell that can be accessed through SSH protocol using a restricted set of commands. These commands can be easily identified by the prefix “/”. For example:

These commands usually won’t have any meaning on regular Linux-based shells and are solely intended for MikroTik devices. We observed through Microsoft threat data the use of these types of commands. Understanding that these are MikroTik-specific commands, we were able to track their source and intent. For example, we observed attackers issuing the following commands:

From the command, we can understand the following:

The said command is a legitimate network address translation (NAT) command that allows the NAT router to perform IP address rewriting. In this case, it is being used for malicious activity. Trickbot is known for using ports 443 and 449, and we were able to verify that some target servers were identified as TrickBot C2 servers in the past.

As security solutions for conventional computing devices continue to evolve and improve, attackers will explore alternative ways to compromise target networks. Attack attempts against routers and other IoT devices are not new, and being unmanaged, they can easily be the weakest links in the network. Therefore, organizations should also consider these devices when implementing security policies and best practices.

An open-source tool for MikroTik forensics

While investigating MikroTik and attacks in the wild, we observed several methods of attacking these devices in addition to the method we described in this blog. We aggregated our knowledge of these methods and known CVEs into an open-source tool that can extract the forensic artifacts related to these attacks.

Some of this tool’s functionalities include the following:

We have published the tool in GitHub and are sharing this tool with the broader community to encourage better intelligence-sharing in the field of IoT security and to help build better protections against threat actors abusing IoT devices.

How to detect, remediate, and prevent infections

If the following data exists, it might indicate infection:

Protect IoT devices and IT networks with Microsoft Defender

To harden IoT devices and IT networks against threats like Trickbot, organizations must implement solutions that detect malicious attempts to access devices and raises alerts on anomalous network behavior. Microsoft Defender for IoT provides agentless, network-layer security that lets organizations deploy continuous asset discovery, vulnerability management, and threat detection for IoT, OT devices, and Industrial Control Systems (ICS) on-premises or in Azure-connected environments. It is updated regularly with indicators of compromise (IoCs) from threat research like the one described on this blog, and rules to detect malicious activity.

To learn more about securing your IoT and OT devices, explore Microsoft Defender for IoT. 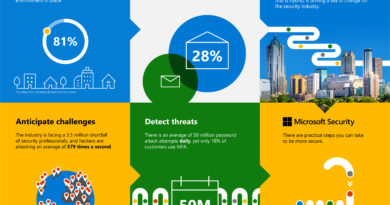 Securing a new world of hybrid work: What to know and what to do 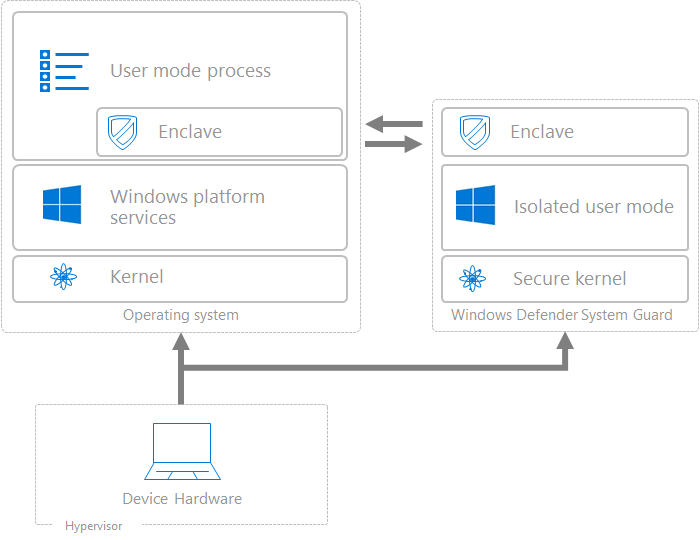