Hardware and firmware-level attacks have continued to rise in recent years, as modern security solutions made persistence and detection evasion on the operating system more difficult. Attackers compromise the boot flow to achieve low-level malware behavior that’s hard to detect, posing a significant risk to an organization’s security posture.

The UEFI scanner is a new component of the built-in antivirus solution on Windows 10 and gives Microsoft Defender ATP the unique ability to scan inside of the firmware filesystem and perform security assessment. It integrates insights from our partner chipset manufacturers and further expands the comprehensive endpoint protection provided by Microsoft Defender ATP.

How the UEFI scanner in Microsoft Defender ATP works

The new UEFI scanner reads the firmware file system at runtime by interacting with the motherboard chipset. To detect threats, it performs dynamic analysis using multiple new solution components that include:

Firmware scanning is orchestrated by runtime events like suspicious driver load and through periodic system scans. Detections are reported in Windows Security, under Protection history. Microsoft Defender ATP customers will also see these detections raised as alerts in Microsoft Defender Security Center, empowering security operations teams to investigate and respond to firmware attacks and suspicious activities at the firmware level in their environments.

Security operations teams can also use the advanced hunting capabilities in Microsoft Defender ATP to hunt for these threats:

To detect unknown threats in SPI flash, signals from the UEFI scanner are analyzed to identify anomalies and where they have been executed. Anomalies are reported to the Microsoft Defender Security Center for investigation.

These events can likewise be queried through advanced hunting:

How we built the UEFI scanner

The Unified Extensible Firmware Interface (UEFI) is a replacement for legacy BIOS. If the chipset is configured correctly (UEFI & chipset configuration itself) and secure boot is enabled, the firmware is reasonably secure. To perform a hardware-based attack, attackers exploit a vulnerable firmware or a misconfigured machine to deploy a rootkit, which allows attackers to gain foothold on the machine. As figure 4 shows, for devices that are configured correctly, the boot path from power-on to OS initialization is reliable. If secure boot is disabled or if the motherboard chipset is misconfigured, attackers can change the contents of UEFI drivers that are unsigned or tampered with in the firmware. This could allow attackers to take over control of devices and give them the capability to deprivilege the operating system kernel or antivirus to reconfigure the security of the firmware. The Serial Peripheral Interface (SPI) flash stores important information. Its structure depends on OEMs design, and commonly includes processor microcode update, Intel Management Engine (ME), and boot image, a UEFI executable. When a computer runs, processors execute the firmware code from SPI flash for a while during UEFI’s SEC phase. Instead of memory, the flash is permanently mapped to x86 reset vector (physical address 0xFFFF_FFF0). However, attackers can interfere with memory access to reset vector by software. They do this by reprogramming the BIOS control register on misconfigured devices, making it even harder for security software to determine exactly what gets executed during boot.

Once an implant is deployed, it’s hard to detect. To catch threats at this level, security solutions at the OS level relies on information from the firmware, but the chain of trust is weakened.

Technically, the firmware is not stored and is not accessible from main memory. As opposed to other software, it’s stored in SPI flash storage, so the new UEFI scanner must follow the hardware protocol provided by hardware manufacturers. To be compatible and be up to date with all platforms, it needs to take into consideration protocol differences.

The UEFI scanner performs dynamic analysis on the firmware it gets from the hardware flash storage. By obtaining the firmware, the scanner is able to parse the firmware, enabling Microsoft Defender ATP to inspect firmware content at runtime.

The new UEFI scanner adds to a rich set of Microsoft technologies that integrate to deliver chip-to-cloud security, from a strong hardware root of trust to cloud-powered security solutions at the OS level.

With its UEFI scanner, Microsoft Defender ATP gets even richer visibility into threats at the firmware level, where attackers have been increasingly focusing their efforts on. Security operations teams can use this new level of visibility, along with the rich set of detection and response capabilities in Microsoft Defender ATP, to investigate and contain such advanced attacks.

This level of visibility is also available in Microsoft Threat Protection (MTP), which delivers an even broader cross-domain defense that coordinates protection across endpoints, identities, email, and apps. 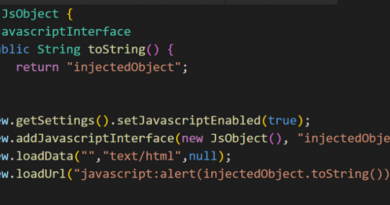 IT executives prioritize Multi-Factor Authentication in 2020

Partnering with the industry to minimize false positives