Cryptocurrency miners are typically associated with cybercriminal operations, not sophisticated nation state actor activity. They are not the most sophisticated type of threats, which also means that they are not among the most critical security issues that defenders address with urgency. Recent campaigns from the nation-state actor BISMUTH take advantage of the low-priority alerts coin miners cause to try and fly under the radar and establish persistence.

BISMUTH, which shares similarities with OceanLotus or APT32, has been running increasingly complex cyberespionage attacks as early as 2012, using both custom and open-source tooling to target large multinational corporations, governments, financial services, educational institutions, and human and civil rights organizations. But in campaigns from July to August 2020, the group deployed Monero coin miners in attacks that targeted both the private sector and government institutions in France and Vietnam.

Because BISMUTH’s attacks involved techniques that ranged from typical to more advanced, devices with common threat activities like phishing and coin mining should be elevated and inspected for advanced threats. More importantly, organizations should prioritize reducing attack surface and hardening networks against the full range of attacks. In this blog, we’ll provide in-depth technical details about the BISMUTH attacks in July and August 2020 and mitigation recommendations for building organizational resilience.

While this actor’s operational goals remained the same—establish continuous monitoring and espionage, exfiltrating useful information as is it surfaced—their deployment of coin miners in their recent campaigns provided another way for the attackers to monetize compromised networks. Considering some of the group’s traditional targets are human and civil rights organizations, BISMUTH attacks demonstrate how attackers give little regard to services they impact.

The use of coin miners by BISMUTH was unexpected, but it was consistent with the group’s longtime methods of blending in. This pattern of blending in is particularly evident in these recent attacks, starting from the initial access stage: spear-phishing emails that were specially crafted for one specific recipient per target organization and showed signs of prior reconnaissance. In some instances, the group even corresponded with the targets, building even more believability to convince targets to open the malicious attachment and start the infection chain.

The other way that BISMUTH attempted to blend in and hide in plain sight was the heavy use of DLL side-loading, a technique in which a legitimate DLL is replaced with a malicious one so that the latter is loaded when the associated application is run. In their recent attacks, BISMUTH utilized copies of various legitimate software to load malicious DLL files and perform tasks in the context of these legitimate applications. To perform DLL sideloading, BISMUTH introduced outdated versions of various applications, including Microsoft Defender Antivirus. They also leveraged the Sysinternals DebugView tool, the McAfee on-demand scanner, and Microsoft Word 2007.

Blending in was important for BISMUTH because the group spent long periods of time performing discovery on compromised networks until they could access and move laterally to high-value targets like servers, where they installed various tools to further propagate or perform more actions. At this point in the attack, the group relied heavily on evasive PowerShell scripts, making their activities even more covert.

The coin miners also allowed BISMUTH to hide its more nefarious activities behind threats that may be perceived to be less alarming because they’re “commodity” malware. If we learned anything from “commodity” banking trojans that bring in human-operated ransomware, we know that common malware infections can be indicators of more sophisticated cyberattacks and should be treated with urgency and investigated and resolved comprehensively.

BISMUTH attempted to gain initial access by sending specially crafted malicious emails from a Gmail account that appears to have been made specifically for this campaign. It’s likely the group conducted reconnaissance using publicly available sources and chose individual targets based on their job function. Each email was sent to only one recipient at each target organization and used tailored subject lines and lure themes, for example:

Of note, the group sent several replies to one of these emails, which indicated that they corresponded with some targets before convincing them to open the malicious document attachment and inadvertently launch the payload. When opened, the malicious .doc file dropped several files in the hidden ProgramData folder: (1) MpSvc.dll, a malicious DLL with the same name as a legitimate Microsoft Defender Antivirus DLL, and (2) a copy of MsMpEng.exe the legitimate Microsoft Defender Antivirus executable.

The malicious document then added a scheduled task that launched the MsMpEng.exe copy and sideloaded the malicious MpSvc.dll. Because the latest versions of Microsoft Defender Antivirus are no longer susceptible to DLL sideloading, BISMUTH used an older copy to load the malicious DLL and establish a persistent command-and-control (C2) channel to the compromised device and consequently the network.

Using the newly established channel, the group dropped several files for the next stages of the attack, including a .7z archive, a copy of Word 2007, and another DLL, wwlib.dll. While it used the same name as a legitimate Microsoft Word DLL, wwlib.dll was a copy of KerrDown, a family of custom malware exclusive to BISMUTH. This file was subsequently sideloaded by the dropped copy of Word 2007—a technique used by BISMUTH extensively to load malicious code from a DLL file in the context of a legitimate process like winword.exe.

BISMUTH established another persistence method by dropping another copy of Word 2007 in a subfolder in ProgramData. The group then created a scheduled task that launched that copy in the same malicious manner every 60 minutes – further increasing their chances of going undetected and maintaining their presence.

Once established as a scheduled task, the co-opted Word 2007 process dropped and loaded a scanning tool popular among attackers, NbtScan.exe. BISMUTH then immediately used the scanning tool to scan an IP address range within the organization. Following this network scan, the Word 2007 process launched a malicious script using a living-off-the-land-binary, rundll32.exe, resulting in a scan on a myriad of common ports, including 21, 22, 389, 139, and 1433. BISMUTH listed devices with open ports in a .csv file.

While network scanning was underway, the group performed other reconnaissance activities. They gathered information about domain and local administrators, checked whether users had local administrative privileges, and collected device information—aggregating results in a .csv for exfiltration. In addition, the group once again used MsMpEng.exe with the malicious sideloaded DLL to connect to another device that appears to have been designated by BISMUTH at some point during the attack as an internal C2 foothold and exfiltration staging device.

After a month of continual discovery on compromised devices, the group moved laterally to a server and copied over a malicious DLL that masqueraded as the system file mpr.dll and a copy of the Sysinternals DebugView tool. They dropped the tool onto different devices using SMB remote file copy, using file names related to popular Japanese video game characters and a seemingly random word. The actors then registered and launched malicious services multiple times, launching DebugView tool to connect to multiple Yahoo websites and confirm Internet connectivity, followed by a connection to their C2 infrastructure.

The script collected the following information about each user:

And the following information about each domain group:

Next, the group exported directory forest and domain organizational unit (OU) information. They then started connecting to dozens of devices using WMI. Following that, they collected credentials by dumping security logs under Event ID 680, possibly targeting logs related to NTLM fallbacks. Lastly, the group used the system tool Nltest.exe to gather domain trust info and pinged multiple servers they have identified by name during reconnaissance. Some of these servers appear to be database and file servers that could have contained high-value information for espionage objectives typically pursued by BISMUTH.

BISMUTH then installed a Cobalt Strike beacon. The group dropped a .rar file and extracted its contents—McOds.exe, which is a copy of the McAfee on-demand scanner, and a malicious DLL—into the SysWOW64 folder. The group then created a scheduled task that launched the copy of the McAfee on-demand scanner with SYSTEM privileges and sideloaded the malicious DLL. This persistence mechanism established a connection to their Cobalt Strike server infrastructure. To clean up evidence, they deleted the dropped McAfee binary.

In terms of targets for this campaign, there were some commonalities among targets located in Vietnam that Microsoft has assessed to be tied to their previous designation as state-owned enterprises (SOEs). The observed BISMUTH activity in Vietnam targeted organizations that included former SOEs previously operated by the government of Vietnam, entities that have acquired a significant portion of a former SOE, and entities that conduct transactions with a Vietnamese government agency. Although the group’s specific objectives for these recent attacks cannot be defined with high confidence, BISMUTH’s past activities have included operations in support of broader espionage goals.

As mentioned, BISMUTH deployed coin miners during these attacks. To do this, they first dropped a .dat file and loaded the file using rundll32.exe, which in turn downloaded a copy of the 7-zip tool named 7za.exe and a ZIP file. They then used 7-Zip to extract a Monero coin miner from the ZIP file and registered the miner as a service named after a common Virtual Machine process. Each coin miner they deployed had a unique wallet address that earned over a thousand U.S. dollars combined during the attacks.

After deploying coin miners as their distraction technique, BISMUTH then focused much of its efforts on credential theft. They registered multiple malicious services that used %comspec%—a relative reference to cmd.exe commonly used by attackers—to run the renamed DebugView tool while loading a malicious DLL. The group used DebugView and the malicious DLL in a fairly unexpected fashion to launch Base64-encoded Mimikatz commands using one of several Windows processes: makecab.exe, systray.exe, w32tm.exe, bootcfg.exe, diskperf.exe, esentutl.exe, and typeperf.exe.

They ran the following Mimikatz commands that require SYSTEM or Debug privileges:

As the affected organizations worked to evict BISMUTH from their networks, Microsoft security researchers saw continued activity involving lateral movement to other devices, credential dumping, and planting of multiple persistence methods. This highlights the complexity of responding to a full-blown intrusion and the significance of taking quick action to resolve alerts that flag initial stages of an attack.

Building organizational resilience against attacks that blend in

BISMUTH attacks put strong emphasis on hiding in plain sight by blending in with normal network activity or common threats that attackers anticipate will get low-priority attention. The combination of social engineering and use of legitimate applications to sideload malicious DLLs entail multiple layers of protection focused on stopping threats at the earliest possible stage and mitigating the progression of attacks if they manage to slip through. Here are mitigation recommendations that organizations can implement to limit exposure:

Limit the attack surface that attackers can leverage for initial access:

To better defend organizations against attacks that do everything to blend in once they gain access to a network, organizations can build defenses for preventing and blocking attacks at the initial access stage. Microsoft Defender for Office 365 provides defense capabilities that protect organizations from threats like credential phishing, business email compromise, and cyberattacks that begin with spear-phishing emails. Safe attachments and Safe links provide real-time protection using a combination of detonation, automated analysis, and machine learning, which are especially useful for highly targeted, specially crafted emails. Campaign views show the complete picture of email campaigns, including timelines, sending patterns, impact to the organization, and details like IP addresses, senders, URLs.

These industry-leading capabilities in Microsoft 365 Defender are backed by Microsoft’s network of researchers and security experts who monitor the threat landscape and track threat actors like BISMUTH. Through Microsoft 365 Defender, we transform threat intelligence into protections and rich investigation tools that organizations can use to build organizational resilience. Learn how you can stop attacks through automated, cross-domain security and built-in AI with Microsoft Defender 365. 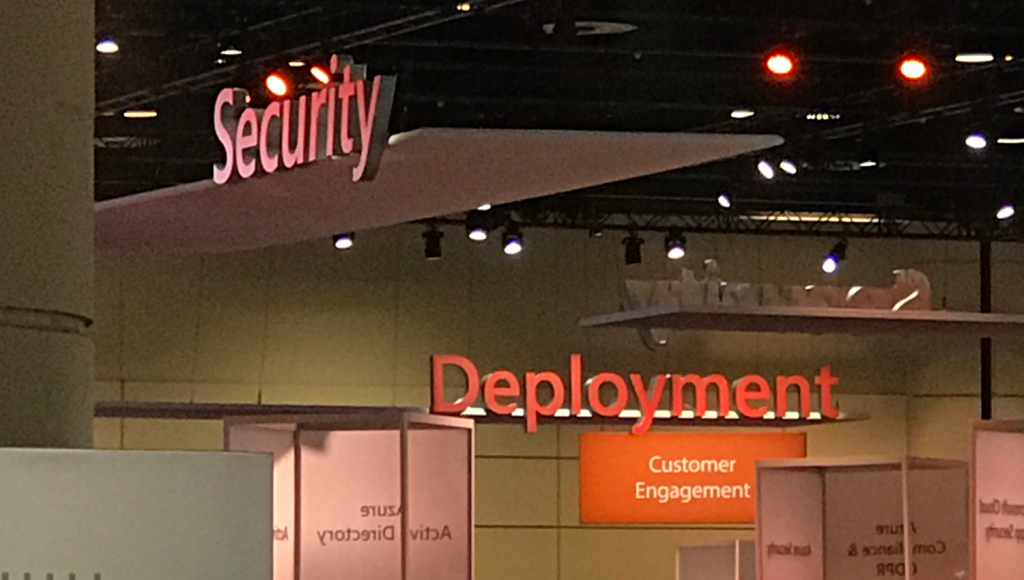 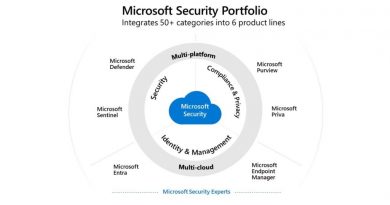 How Microsoft Security partners are helping customers do more with less 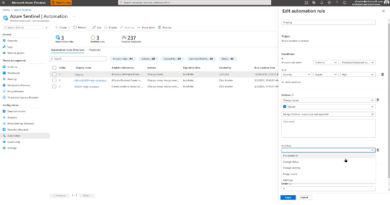