In late March 2018, I analyzed an interesting PDF sample found by ESET senior malware researcher Anton Cherepanov. The sample was initially reported to Microsoft as a potential exploit for an unknown Windows kernel vulnerability. During my investigation in parallel with ESET researchers, I was surprised to discover two new zero-day exploits in the same PDF. One exploit affected Adobe Acrobat and Reader, while the other exploit affected older platforms, Windows 7 and Windows Server 2008. Microsoft and Adobe have since released corresponding security updates:

The first exploit attacks the Adobe JavaScript engine to run shellcode in the context of that module. The second exploit, which does not affect modern platforms like Windows 10, allows the shellcode to escape Adobe Reader sandbox and run with elevated privileges from Windows kernel memory. ESET provided an analysis of the exploitation routines in the sample PDF.

Although the PDF sample was found in VirusTotal, we have not observed actual attacks perpetrated using these exploits. The exploit was in early development stage, given the fact that the PDF itself did not deliver a malicious payload and appeared to be proof-of-concept (PoC) code.

Finding and neutralizing a double zero-day exploit before an attacker had a chance to use it was an amazing result of the great collaboration between ESET, Microsoft, and Adobe security researchers.

The Adobe Acrobat and Reader exploit is incorporated in a PDF document as a malicious JPEG 2000 stream containing the JavaScript exploit code. The following diagram provides an overview of the exploit process.

Figure 1. Overview of the exploit process

As shown in the diagram, the exploit process takes place in several stages:

The malicious JPEG 2000 stream is embedded with the following malicious tags.

The following image shows the CMAP and PCLR tags with malicious values. The length of CMAP array (0xfd) is smaller than the index value (0xff) referenced in PCLR tags—this results in the exploitation of the out-of-bounds memory free vulnerability.

Combined with heap-spray technique used in the JavaScript, the out-of-bounds exploit leads to corruption of the vftable.

The shellcode and portable executable (PE) module is encoded in JavaScript.

The shellcode searches for the start of the PE record and parses PE sections, copying them to the newly allocated memory area. It then passes control to an entry point in the PE module.

Figure 7. Passing control to an entry point in the loaded DLL

The main Win32k elevation-of-privilege (EoP) exploit runs from the loaded PE module. It appears to target machines running Windows 7 SP1 and takes advantage of the previously unreported CVE-2018-8120 vulnerability, which is not present on Windows 10 and newer products. The exploit uses a NULL page to pass malicious records and copy arbitrary data to an arbitrary kernel location. The NULL page dereference exploitation technique is also mitigated by default for x64 platforms running Windows 8 or later.

Here’s how the main exploit proceeds:

On Windows 10, the EPROCESS.Token modification behavior would be surfaced by Windows Defender ATP.

The malformed IMEINFOEX structure in combination with fake data at the NULL page triggers corruption of the GDT entry as shown below.

The corrupted GDT has actual instructions that run through call gate through a call FWORD instruction.

After returning from these instructions, the extended instruction pointer (EIP) returns to the caller code in user space with kernel privileges. The succeeding code elevates privileges of the current process by modifying the process token to SYSTEM.

After privilege escalation, the exploit code drops the .vbs, a proof-of-concept malware, into the local Startup folder.

Figure 12. Code that drops the .vbs file to the Startup folder

To protect against attacks leveraging the exploits found in the PDF:

While we have not seen attacks distributing the PDF, Office 365 Advanced Threat Protection (Office 365 ATP) would block emails that carry malformed PDF and other malicious attachments. Office 365 ATP uses a robust detonation platform, heuristics, and machine learning to inspect attachments and links for malicious content in real-time.

Windows 10 users are not impacted by the dual exploits, thanks to platform hardening and exploit mitigations. For attacks against Windows 10, Windows Defender Advanced Threat Protection (Windows Defender ATP) would surface kernel attacks with similar exploitation techniques that use process token modification to elevate privileges, as shown below (sample process privilege escalation alert).

With Advanced hunting in Windows Defender ATP, customers can hunt for related exploit activity using the following query we added to the Github repository:

Windows Defender ATP integrates with other technologies in Windows, Office 365, and Enterprise Mobility + Security platforms to automatically update protection and detection and orchestrate remediation across Microsoft 365.

To experience the power of Windows Defender ATP for yourself, sign up for a free trial now.

Token tactics: How to prevent, detect, and respond to cloud token theft 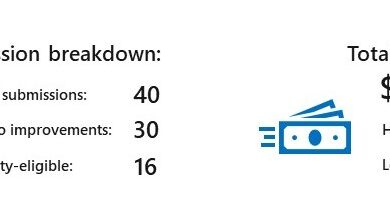 Why we invite security researchers to hack Azure Sphere