Deploying password-quality checking on your Debian-based Linux servers can help ensure that your users assign reasonably secure passwords to their accounts, but the settings themselves can be a bit misleading.

For example, setting a minimum password length of 12 characters does not necessarily mean that all your users’ passwords will actually have 12 or more characters.

Let’s stroll down Complexity Boulevard and see how the settings work and examine some that are worth considering.

The files that contain the settings we’re going to look at will be:

Here’s how it works. You can set a minimum password length to insure strength, but this might not work exactly as you’d expect. In fact, passwords with the most characters aren’t necessarily the most secure or easy to use and remember. In fact your users can set themselves up with shorter passwords that are just as secure if they incorporate certain restrictions and categories of characters that make them harder to crack and get credit for doing so.

Here are complexity settings you can require in addition to length:

These settings on a Red Hat system might look like this. The credit settings mean your users will get credits for using a mix of character types that can reduce the password length requirement.

Getting credit for complexity

The idea of “credits” (e.g., lcredit and ucredit) is very interesting. Basically, a shorter password might be acceptable if it’s more complex with respect to the mix of characters.

As an example, a password like “hijlmqrazp” might pass a minlen=10 test. If dcredit is set to 2, on the other hand, the password “hijlmq99” would also pass. Why? Because you’d get two credits for the digits. So, eight characters plus credits is valued as highly as 10 characters without credits. If dcredit were set to 1, you would need an additional character. However, we can also grant credits for uppercase, lowercase, and non-alphanumeric characters like punctuation marks.

With minclass set to 4, passwords would have to include all four types of characters–like “howzit2B?”–and, if we get credit for uppercase, digits or other characters, we’d be OK even with the minlen set to 12.

You can also put a cap on the number of characters of any particular class. Set the maxclassrepeat setting to 4 and passwords cannot contain more than four lowercase, uppercase, digits, or other characters in succession.

The meaning of negative values

Setting any of the lcredit, ucredit, dcredit, or ocredit settings to a negative number means that you MUST have some of that type of character for a password to be acceptable. Setting dcredit to -1, for example, would mean that you have to include at least one digit.

Linux’s password-quality checking includes a number of other checks that help ensure that passwords are fairly secure. It can check to see if a password is a palindrome, like “racecar”, whether a new password is the same as the old password but with a change of case only, if the old and new passwords are too similar or rotations of each other, and whether a password contains the user’s name. (It’s getting to the point that it might actually be difficult to assign oneself a really poor password.)

passwd: Have exhausted maximum number of retries for service

If you change the settings in the top lines of the following Perl script, you will get a feel for the kind of passwords that will pass your quality tests. In this example, the minimum length for a password has been set to 12. One credit is given for lowercase and uppercase letters, but none for special characters (just to demonstrate the difference). In addition, a digit must be included (setting -1).

# — determine if any character settings are mandatory (if negative)

# — count the characters of each type —

Notice that the password “2Good4me?” passes even though it’s only 9 characters long. This is because we got one credit each for the uppercase G, one for the use of lowercase letters and one for the digit. We’d have passed with a 13 if we had been given credit for the “?” as well. The “9 + 1 + 1 + 1 + 0” line displays the list of credits:

Support for password complexity is provided through the pluggable authentication module (PAM). If you have a file named /etc/pam.d/system-auth on a RedHat system, look for lines that look like those shown below.

On Debian systems like Ubuntu, this command will show you whether PAM is installed and ready to be used:

If the response on your system shows “Installed: (none)”, you can install it with this command: 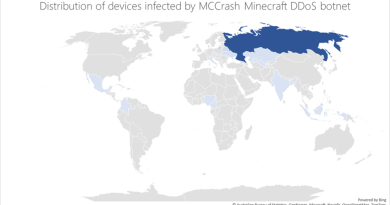