It’s Cyber Security Awareness Month and it made me think about one of my favorite movies, called Groundhog Day. Have you ever seen it? Bill Murray is the cynical weatherman, Phil Connors, who gets stuck in an endless loop where he repeats the same day over and over again until he “participates in his own rescue” by becoming a better person.

Sometimes it can feel like we’re caught in our own repetitious loops in cybersecurity—I even did a keynote at RSA APJ on this very topic a few years ago. The good news is that we can get out of the loop. By learning lessons from the past and bringing them forward and applying them to today’s technologies, outcomes can be changed—with “change” being the operative word.

If companies continue to do things the same way—in insecure ways—attackers will come along and BOOM you’re in trouble. You may resolve that breach, but that won’t help in the long run. Unless the source of the problem is determined and changed, just like Phil Connors, you’ll wake up one day and BOOM—you’re attacked again.

How security experts can help organizations protect against cybercrime

We can learn from past mistakes. And to prove it, I’d like to cite a heartening statistic. Ransomware encounters decreased by 60 percent between March 2017 and December 2018. While attackers don’t share the specifics about their choice of approach, when one approach isn’t working, they move to another. After all, it’s a business—in fact it’s a successful (and criminal) business—bringing in nearly $200 billion in profits each year.1 We do know that ransomware has less of chance of spreading on fully patched and well-segmented networks and companies are less likely to pay ransoms when they have up-to-date, clean backups to restore from. In other words, it’s very likely that robust cybersecurity hygiene is an important contributor to the decrease in ransomware encounters. (See Lesson 1: Practice good cybersecurity hygiene below.)

The bad news of course is that attackers began to shift their efforts to crimes like cryptocurrency mining, which hijacks victims’ computing resources to make digital money for the attackers.1 But that’s because cybercriminals are opportunists and they’re always searching for the weakest link.

One of the best ways to thwart cybercrime is to involve security experts before deploying new products and/or services. A decade ago, this wasn’t typically done in many organizations. But with the rise of security awareness as part of the overall corporate risk posture, we’re seeing security involved early on in deployments of modern architectures, container deployments, digital transformations, and DevOps.

When security experts connect the wisdom of the past—such as the importance of protecting data in transit with encryption—to the technology rollouts of today, they can help organizations anticipate what could go wrong. This helps you bake controls and processes into your products and services before deployment. The people who have already learned the lessons you need to know can help so you don’t wake up to the same problems every (well, almost) day. When security experts carry those lessons forward, they can help end your Groundhog Day.

In addition, involving security experts early on doesn’t have to slow things down. They can actually help speed things up and prevent backtracking later in the product development cycle to fix problems missed the first time around.

Security can help anticipate problems and produce solutions before they occur. When Wi-Fi networking was first being deployed in the late 1990s, communications were protected with Wired Equivalent Privacy (WEP). But WEP suffered from significant design problems such as the initialization vector (IV) being part of the RC4 encryption key that were already known issues in the cryptographic community. The result was a lot of WEP crackers and the rapid development of the stronger Wi-Fi Protected Access (WPA) set of protocols. If designers had worked with crypto experts, who already had designed a solution free of known issues, time, money, and privacy could have been saved.

Security also remembers lessons learned while creating threat models to head off common mistakes at the past.

Rita: I didn’t know you could play like that.

Example: Think about designing a car. Cars are cool because they can go fast—really fast. But if you had some security folks on the team, they’d be thinking about the fact that while going fast can be thrilling—you’re going to have to stop at some point.

Security are the kind of thinkers who would probably suggest brakes. And they would make sure that those brakes worked in the rain, snow, and on ice just as well as they worked on dry pavement. Furthermore—because security is obsessed (in a good way) with safety—they would be the ones to plan for contingencies, like having a spare tire and jack in the car in case you get a flat tire.

Learning from and planning for known past issues, like the network equivalent of flat tires, is a very important part of secure cyber design. Machine learning can provide intelligence to help avoid repeats of major attacks. For example, machine learning is very useful in detecting and dismantling fileless malware that lives “off the land” like the recent Astaroth campaign.

Thinking about and modeling for the types of problems that have occurred in the past helps keep systems more secure in the future. For example, we take off our shoes in the airport because someone smuggled explosives onto a plane by hiding it in their footwear.

How DO you stop someone who wants to steal, manipulate, or damage the integrity of your data? What can you do to stop them from trying to monetize it and put your company and customers in jeopardy of losing their privacy? I’m glad you asked—here are four lessons that can help your organization be more secure:

Lesson 3: Use licensed software—Licensed software decreases the likelihood that bugs, worms, and other bad things won’t be infiltrating your infrastructure. Deploying necessary patching that makes systems less vulnerable to exploit is part of keeping the integrity of your licensed software intact.

Lesson 4: Lean into humans “being human” while leveraging technological advances—For example, acknowledge that humans aren’t great at remembering strong passwords, especially when they change frequently. Rather than berating people for their very human brains, focus on developing solutions, such as password wallets and passwordless solutions, which acknowledge how hard strong passwords are to remember without sacrificing security.

Rita: Do you ever have déjà vu?

Phil: Didn’t you just ask me that?

Admittedly, we can’t promise there won’t be some share of Groundhog Day repeats. But the point is progress, not perfection. And we are making significant progress in our approach to cybersecurity and resilience. Above are just a couple of examples.

I’d love to hear more from you about examples you may have to share, too! Reach out to me on LinkedIn or Twitter, @DianaKelley14. Also, bookmark the Security blog to keep up with our expert coverage on security matters. 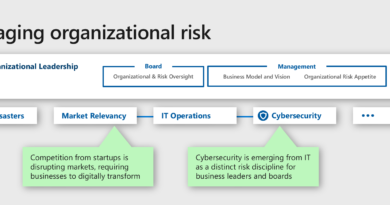 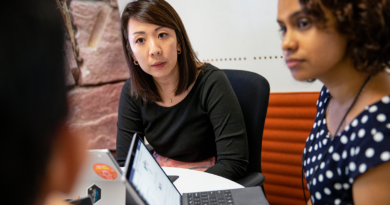 Afternoon Cyber Tea—The State of Cybersecurity: How did we get here? What does it mean? 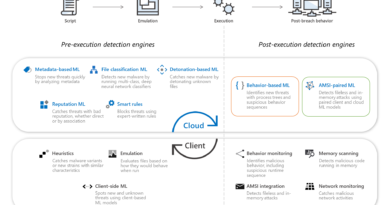