Microsoft Threat Intelligence Center (MSTIC) is raising awareness of the ongoing activity by a group we call GALLIUM, targeting telecommunication providers. When Microsoft customers have been targeted by this activity, we notified them directly with the relevant information they need to protect themselves. By sharing the detailed methodology and indicators related to GALLIUM activity, we’re encouraging the security community to implement active defenses to secure the broader ecosystem from these attacks.

To compromise targeted networks, GALLIUM target unpatched internet-facing services using publicly available exploits and have been known to target vulnerabilities in WildFly/JBoss. Once persistence is established in a network, GALLIUM uses common techniques and tools like Mimikatz to obtain credentials that allows for lateral movement across the target network. Within compromised networks, GALLIUM makes no attempt to obfuscate their intent and are known to use common versions of malware and publicly available toolkits with small modifications. The operators rely on low cost and easy to replace infrastructure that consists of dynamic-DNS domains and regularly reused hop points.

This activity from GALLIUM has been identified predominantly through 2018 to mid-2019. GALLIUM is still active; however, activity levels have dropped when compared to what was previously observed.

Following Microsoft’s internal practices of assigning chemical elements to activity groups, GALLIUM is the code name for this activity group.

As is often the case with the reconnaissance methods, it’s difficult to be definitive about those employed by GALLIUM. This is due to the passive nature of reconnaissance activities by the actor including the use of freely available data from open sources, such as public websites and social media outlets. However, based on MSTIC analyst assessments, GALLIUM’s exploitation of internet-facing services indicates it’s likely they use open source research and network scanning tools to identify likely targets.

To gain initial access a target network, GALLIUM locates and exploits internet-facing services such as web servers. GALLIUM has been observed exploiting unpatched web services, such as WildFly/JBoss, for which exploits are widely available. Compromising a web server gives GALLIUM a foothold in the victim network that doesn’t require user interaction, such as traditional delivery methods like phishing.

Following exploitation of the web servers, GALLIUM actors typically install web shells, and then install additional tooling to allow them to explore the target network.

GALLIUM uses a variety of tools to perform reconnaissance and move laterally within a target network. The majority of these are off-the-shelf tools or modified versions of known security tools. MSTIC investigations indicate that GALLIUM modifies its tooling to the extent it evades antimalware detections rather than develop custom functionality. This behavior has been observed with GALLIUM actors across several operational areas.

GALLIUM has been observed using several tools. Samples of the most prevalent are noted in Table 1.

GALLIUM primarily relies on compromised domain credentials to move through the target network, and as outlined above, uses several credential harvesting tools. Once they have acquired credentials, the activity group uses PsExec extensively to move laterally between hosts in the target network.

GALLIUM predominantly uses widely available tools. In certain instances, GALLIUM has modified these tools to add additional functionality. However, it’s likely these modifications have been made to subvert antimalware solutions since much of the malware and tooling employed by GALLIUM is historic and is widely detected by security products. For example, QuarkBandit is a modified version of the widely used Gh0st RAT, an openly available remote access tool (RAT). Similarly, GALLIUM has made use of a modified version of the widely available Poison Ivy RAT. These RATs and the China Chopper web shell form the basis of GALLIUM’s toolkit for maintaining access to a victim network.

GALLIUM predominantly uses dynamic DNS subdomains to provide command and control (C2) infrastructure for their malware. Typically, the group uses the ddns.net and myftp.biz domains provided by noip.com. MSTIC analysis indicates the use of dynamic DNS providers as opposed to registered domains is in line with GALLIUM’s trend towards low cost and low effort operations.

GALLIUM domains have been observed hosted on infrastructure in mainland China, Hong Kong SAR, and Taiwan.

When connecting to web shells on a target network GALLIUM has been observed employing Taiwan-based servers. Observed IP addresses appear to be exclusive to GALLIUM, have little to no legitimate activity, and are reused in multiple operations. These servers provide high fidelity pivot points during an investigation.

A package of GALLIUM indicators containing GALLIUM command and control domains used during this operation have been prepared for Azure Sentinel and is available on the Microsoft GitHub. GALLIUM use of malware

GALLIUM does not typically use a traditional first stage installer for their malware. Instead, the group relies heavily on web shells as a first method of persistence in a victim network following successful exploitation. Subsequent malware is then delivered through existing web shell access.

When alerted of these activities, the security operations team can then use the rich capabilities in Microsoft Defender ATP to investigate web shell activity and subsequent reconnaissance and enumeration activity to resolve web shell attacks.

In addition to standard China Chopper, GALLIUM has been observed using a native web shell for servers running Microsoft IIS that is based on the China Chopper web shell; Microsoft has called this “BlackMould.”

BlackMould contains functionality to perform the following tasks on a victim host:

Commands are sent in the body of HTTP POST requests.

In cases where GALLIUM has deployed additional malware on a victim network, they’ve used versions of the Gh0st RAT (modified Ghost RAT detected as QuarkBandit) and Poison Ivy malware. In both cases, GALLIUM has modified the communication method used by the malware, likely to prevent detection through existing antimalware signatures since both malware families have several detections based on their original communication methods. Malware families are noted in Table 2.

GALLIUM’s malware and tools appear to be highly disposable and low cost. In cases where GALLIUM has invested in modifications to their toolset, they appear to focus on evading antimalware detection, likely to make the malware and tooling more effective.

The MSTIC team works closely with Microsoft security products to implement detections and protections for GALLIUM malware and tooling in a number of Microsoft products. Figure 4 shows one such detection for a GALLIUM PoisonIvy loader in Microsoft Defender ATP.

Additionally, MSTIC has authored a number of antimalware signatures for Windows Defender Antivirus covering the aforementioned malware families, a list of GALLIUM exclusive signature can be found in the Related indicators” section.

In addition to these malware families, GALLIUM has been observed employing SoftEther VPN software to facilitate access and maintain persistence to a target network. By installing SoftEther on internal systems, GALLIUM is able to connect through that system as though they are on the internal network of the target. SoftEther provides GALLIUM with another means of persistence and flexibility with the added benefit that its traffic may appear to be benign on the target network.

The following are recommended defenses security operations teams can take to mitigate the impact of threats like GALLIUM in your corporate environment:

The list below provides known GALLIUM tooling and Indicators of Compromise (IOCs) observed during this activity. Microsoft encourages customers to implement detections and protections to identify possible prior campaigns or prevent future campaigns against their systems.

Bookmark the Security blog to keep up with our expert coverage on security matters. Also, follow us at @MSFTSecurity for the latest news and updates on cybersecurity. 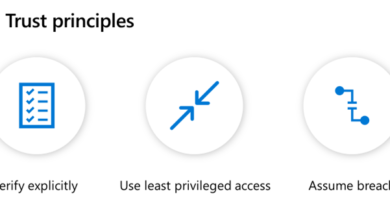 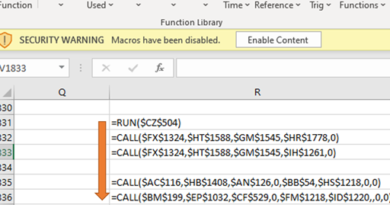 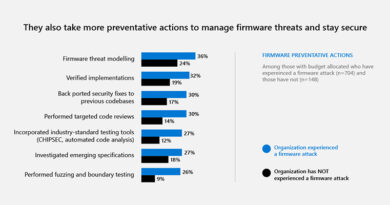 New Security Signals study shows firmware attacks on the rise; here’s how Microsoft is working to help eliminate this entire class of threats