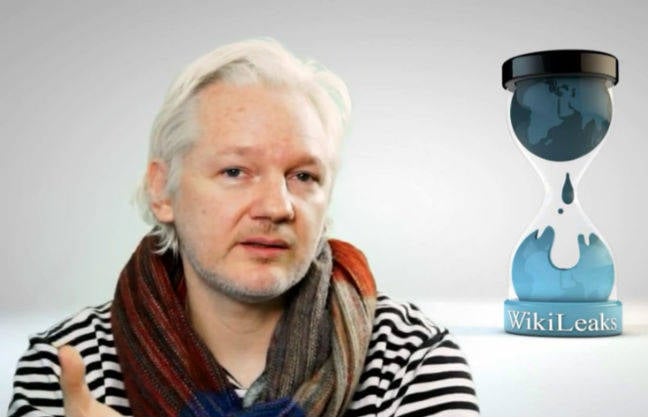 UK Home Secretary Sajid Javid revealed this morning that he has signed papers to have Julian Assange extradited to the US.

Javid’s certifying of the US extradition request lodged this week is the first formal step in having Assange sent across the pond. The next phase is tomorrow, when Belmarsh Magistrates’ Court will set a date for a full extradition hearing.

After that, assuming a district judge (full-time professional magistrate) OKs the extradition, Javid himself will make the final decision on whether or not to send the one-time chief WikiLeaker to America, as UK.gov’s website explains. It is almost certain Assange will file an appeal to the High Court after the district judge’s ruling, and again (as the law allows) after the Home Secretary’s final decision.

Avenging US government agents have long wanted Assange in their clutches because of his website WikiLeaks. As world+dog knows, WikiLeaks published classified material that mostly came from the US government, including the infamous “Collateral Murder” footage from gun cameras aboard American attack helicopters in the Middle East, depicting US pilots killing unarmed civilians.

It also published thousands of entirely unredacted US diplomatic cables, exposing the nation’s foreign policy workings and causing it severe embarrassment in the process.

Sweden, which previously wanted Assange over allegations of sexual assault, abandoned its attempt to get its hands on the Australian national a week ago after a local court decided not to grant prosecutors an EU Arrest Warrant. That would have bypassed normal extradition protections in UK law. Assange’s fans have always maintained that the Swedish proceedings were a front to have him extradited on to America.

Assange is charged in the US with 18 counts including publishing classified material, collaborating with ex-US Army leaker Chelsea Manning, and various other crimes. In UK law, the Americans must promise only to try Assange on the charges they have published so far before he can be handed over – and the possibility of the death sentence would automatically bar his extradition. So far the WikiLeaker has not been charged with capital crimes.

In his defence, Assange is understood to be claiming that he is a journalist and that the activities of WikiLeaks were journalism, rather than espionage as American prosecutors claim.

In May, Assange was sentenced for jumping bail in the UK when he fled to London’s Ecuadorian embassy, back in June 2012. He is currently serving 22 weeks in HM Prison Belmarsh in Woolwich, southeast London, with a theoretical release date of 2 October, well after the normal legal timescales for extradition hearings would be over. ®