In a curious deja vu, President Trump is nominating Rep. John Ratcliffe, R-Texas, as director of National intelligence (DNI), although Ratcliffe was widely panned as unqualified when Trump floated him as a replacement for Dan Coats last summer, prompting the president to withdraw his name.

Ratcliffe, a member of the House Intelligence Committee, had prompted bipartisan criticism from those concerned that he didn’t have the experience to lead the intelligence community in an important role established after the 9/11 terrorist attacks to facilitate communication and coordination among the U.S.’s various intelligence agencies.

When Trump nominated Ratcliffe last year shortly after the Congressman’s grilling of Special Counsel Robert Mueller, Sen. Chris Coons, D-Del., called Ratcliffe “a blind loyalist to the president” and expressed concern over how intelligence would be affected.

And the Senate Intelligence Committee reportedly received an email from The Government Accountability Project, which revealed Ratcliffe’s role in boosting a company that had sought to punish a government whistleblower and his/her cybersecurity actions. The organization allegedly played a significant role in getting a government cybersecurity office shuttered.

Trump withdrew Ratcliffe’s name just a few days later to protect him from “going through months of slander and libel.” But now the president is giving Ratcliffe another shot to replace acting DNI Richard Grenell, whose appointment a couple of weeks ago raised the hackles of lawmakers who considered him an inexperienced loyalist.

“I am pleased to announce the nomination of @RepRatcliffe (Congressman John Ratcliffe) to be Director of National Intelligence (DNI). Would have completed process earlier, but John wanted to wait until after IG Report was finished. John is an outstanding man of great talent!” Trump tweeted.

By law, Grenell must leave the acting directorship next month, unless the president nominates a DNI. If that nominee is not confirmed, he could stay on.

“Even if there’s no real chance that Ratcliffe will be confirmed by the Senate, the formal submission of his nomination will allow @RichardGrenell to continue to serve as Acting DNI past March 11 — and for another 210 days after Ratcliffe’s rejection or withdrawal,” University of Texas law professor Steve Vladeck tweeted. 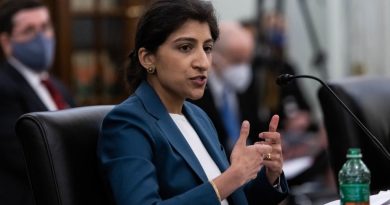