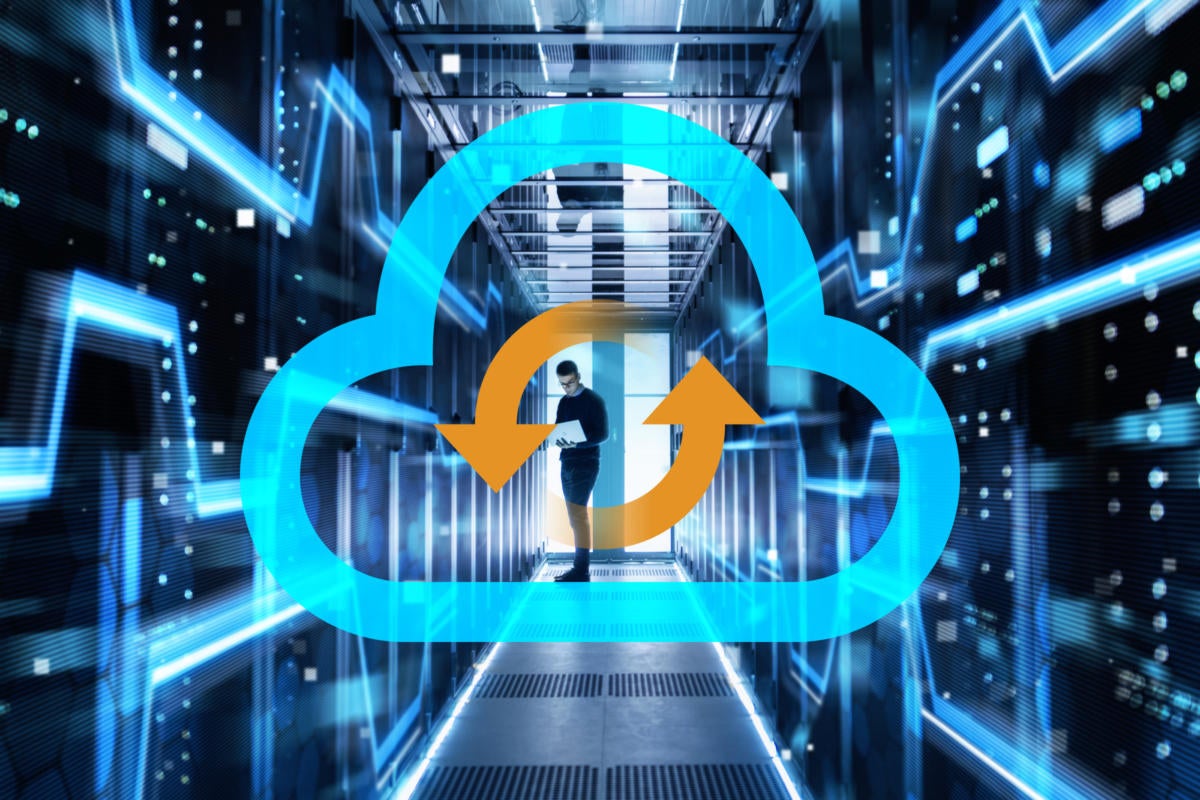 Data-center networking was already changing prior to the technology challenges brought on by the COVID-19 pandemic, and few areas of the enterprise will continue to be affected more than data centers by those modifications in the future.

That’s because myriad technologies are driving changes in the data center—everything from heavy demand for higher-speed networking, support for a remote workforce, increased security, tighter management and perhaps the biggest alteration—the prolific growth of cloud services.

“The pandemic shifted many multi-year digital transformation and modernization projects to occur rapidly,” said Alan Weckel, founder and technology analyst with the 650 Group. “The way cloud changed networking 10 years ago is similar to the impact COVID is having now—rapid transitions to new technologies to support new workloads, and humans interacting differently with those workloads. This is especially true in edge data centers.”

How to get a handle on multicloud management

With increased work-at-home policies, employees no longer sit in the office just a short distance from the data center, Weckel said.  “Data had to move rapidly, and networking bandwidth and the ingress/egress needed to be adjusted to support remote workers and remote customers. Networking in the data center must now support more cloud applications and services.”

Indeed, the name of the game for enterprise data center customers is the cloud, experts say.

“Enterprises have known for a long time that the cloud model is the yardstick for achieving agility and responsiveness,” said Umesh Mahajan, senior vice president and general manager of VMware’s NSX Networking. “This model is defined by automation at every level and is typically delivered via software-defined infrastructure.”

The focus will shift from talking about data centers to talking about centers of data, Boujelbene said. “A lot of data will be created at the edge. Hence, depending on the latency requirement, it can be either processed and analyzed at the edge, or sent to the cloud,” she said. “At the same time, mobile consumers want to be able to consume services anytime, anywhere. In other words, IT infrastructure is spreading far and wide, with almost no boundaries.”

Cloud and automation will play a big role in the new data center, according to Mahajan. “Enterprises have known for a long time that the cloud model is the yardstick for achieving agility and responsiveness,” he said. “The pandemic only accelerated customers’ efforts to move to the cloud operating model. This model is defined by automation at every level and is typically delivered via software-defined infrastructure. Customers must be able to automate across the full networking and security stack to achieve the full benefit of the cloud operating model. This means switching, routing, load-balancing, security. It means not only inside the data-center network but extending that seamlessly out over the WAN and the internet.”

Where critical data-center resources are located and how the network is evolving to handle those workloads is also changing in a major way.

Gartner wrote last year that “the role of the traditional data center will be relegated to that of a legacy holding area, dedicated to very specific services that cannot be supported elsewhere, or supporting those systems that are most economically efficient on-premises.”

“We see that there still is investment in data centers although cloud networking is becoming increasingly popular,” said Jonathan Forest, senior research director at Gartner. “Bringing cloud elasticity and agility to on-premises may bring more life into the data center and moving away from the typical hardware perception.  We still believe most organizations will operate in a hybrid mode for years to come with both on-premises data centers and cloud.”

Whether or not the traditional data center continues to play a role remains to be seen, Mahajan said.

“[Customers are] going to have workloads running in the cloud, and they’re going to have workloads running on-prem. Different workloads just require different things,” Mahajan said. “Hybrid cloud will be their path forward. This means building an infrastructure that offers the public-cloud experience on-prem. Even the customers that decide to go to the public cloud will still want to connect back to what they have on-prem, or have the flexibility to use multiple public clouds and not be locked in.”

Gartner’s Forest posited several questions IT leaders need to answer: How do those with on-prem data centers achieve more automation and address skill gaps? How will they manage hybrid environments where applications could be deployed anywhere so infrastructure needs to be everywhere? How do they control costs as network teams are expected to do more with less?

Some of these issues could be dealt with relatively quickly by making it easier to turn on infrastructure features that are included in currently deployed products, Forest said. That could enhance operations, maximize uptime, and reduce support cost. Other issues could be addressed by moving “to more subscription-based pricing over time—to more of an OPEX model vs. a CAPEX model—which helps with price predictability, simplicity and agility. Another trend is the adoption of cloud-based management to simplify how management and orchestration can be delivered. This has been less adopted in data-center networks when compared with WLAN/LAN and SD-WAN.”

Automation will be necessary going forward because manual management is no longer possible with the scale of new data-center infrastructure and its changing requirements, Dell Oro’s Boujelbene said. “Automation goes hand-in-hand with improving network visibility/telemetry/real-time monitoring: You simply can’t automate the network if you don’t know what’s going on in your network,” Boujelbene said.

Artificial intelligence will also play a role in. “AI is needed to analyze the network data and turn it into actionable information,” Boujelbene said.

Staffing is a limiting factor, says the 650 Group’s Weckel. “The humans in IT cannot scale and are relying on more automation and AI in the future to provision and control their data-center networks,” he said.

And the explosion of employees who work remotely has created new requirements for accessing data-center resources. “Now that the enterprise has become decentralized, it’s critical to view each user as a branch of one,” said Tim Harrison, Director of Technology, Office of the CTO with Extreme Networks. “Every user needs to have an enterprise-grade branch experience whilst in their home office and, hopefully soon, out at a coffee shop or in a park. The user experience will become even more vital, and the enterprise data center will need to enable that experience. Those who haven’t been able to adapt to the new normal will struggle even more as they fall behind the curve.”

This is also an important time to re-focus on understanding your data, where it resides, how it is accessed and by whom, Harrison said.

“As we become hyper-individualized in our interaction with technology, securing our interactions is much more critical as users access and engage from anywhere. A zero-trust strategy is not a specific technology or solution you can buy from a vendor, but an approach to understanding your data, your users, and their relationships,” Harrison said.

As data centers are deployed at the edge or are otherwise distributed, security within them becomes more critical. Things inside the data center have gotten too complex, and complexity is the enemy of security unless you’re a hacker, said VMware’s Mahajan.

“So, one of the data-center trends we see is the push to make security part of the network and the drive towards more analytics, visibility, and self-remediation,” Mahajan said. “Operationalizing east/west protections and driving security up into application connectivity layer will be one of the next big areas of innovation in the data center.”

The nature of modern applications and supporting and protecting dynamic and distributed workforces demands that the private data center evolves to look more like the public cloud, Mahajan said.

“Customers can only do this with software that delivers the full stack of networking and security services,” Mahajan said. “Using this approach customers, can achieve capabilities such as deploying a 20 terabit scale-out firewall and the ability to support a million SSL transactions in the private data center.”

“The days of customer hardware are numbered. The future of the data center is a simple Ethernet fabric providing server connectivity, with everything else in a software-based L2-7 stack running on general-purpose servers and even leveraging SmartNICs,” Mahajan said.  “The interest we see in SmartNICs for offloading networking and security services is off the charts.”

While big changes are certainly afoot, the impact of the pandemic in 2020 did slow some implementations. For example, network spending by large enterprises paused in the first half of the year due to the uncertainty and the lack of business confidence created by the pandemic, which favored pursuit of an OPEX model (public cloud) vs. CAPEX model (on-prem), Boujelbene said.

“Although the pandemic has accelerated the adoption of public cloud, it is still more economical for these enterprises with large scale to build and manage their own private data centers than to use the public cloud,” Boujelbene said.

As for small enterprises, private data centers have already been in a steady decline even prior to the pandemic. This is because it is significantly less expensive for enterprises of this size to lease capacity in the public cloud as opposed to building their own data centers. The pandemic has further accelerated this trend, Boujelbene said.

In addition, 2020 sales of the core technology of data-center networks—the ethernet switch—declined year-over-year nearly 2% to $32 bililion, according to the 650 Group.

COVID-19 constraints, factory shutdowns, and rapid economic contraction and expansion were key themes to last year’s results, Weckel said, but that is changing. “Semiconductor shortages, increased lead times for data-center products, and timing of workers returning to the office will shape the rebound for 2021.”

Also shaping the rebound is that many of the trends outlined here will drive the adoption of higher networking speeds.

“We expect to see growth in customers moving from 10 Gbps to 25 Gbps for server access and from 40 Gbps to 100 Gbps to 400 Gbps in the fabric this year,” Boujelbene said. 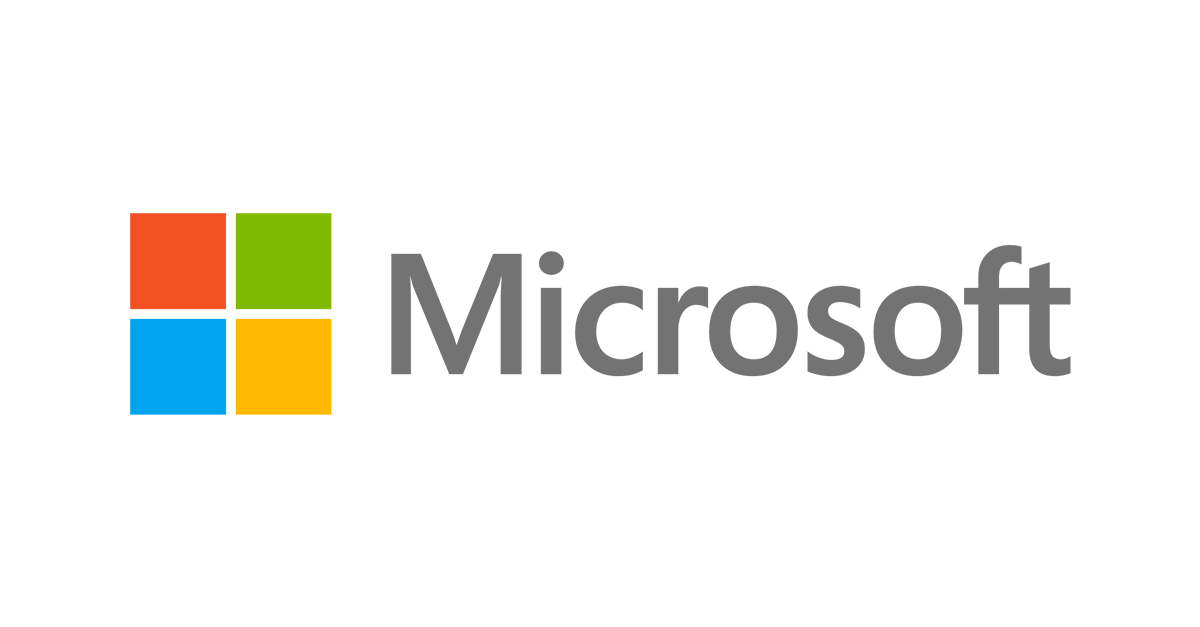 Voice of the Customer: Walmart embraces the cloud with Azure Active Directory 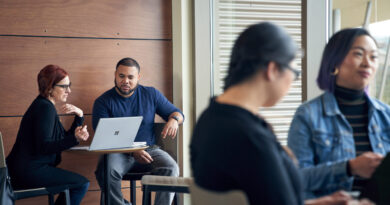 Siemens USA CISO: 3 essentials to look for in a cloud provider 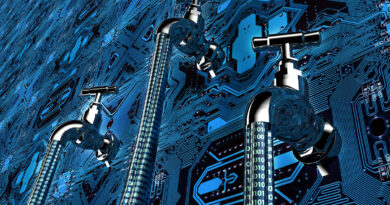