Welcome to our weekly roundup, where we share what you need to know about the cybersecurity news and events that happened over the past few days. This week, learn about new routines for encryption of JobCrypter ransomware. Also, understand how Emotet has managed to evolve into one of the most notorious cyber threats in existence.

A variant of JobCrypter ransomware was observed by Trend Micro using new routines for encryption and features the ability to send a screenshot of the victim’s desktop to an email address.

For Industrial Robots, Hacking Risks Are On the Rise

In the future, industrial robots may create jobs, boost productivity and spur higher wages. But one thing seems more certain for now: They’re vulnerable to hackers.

Microsoft CEO Satya Nadella is a major proponent of the the recent European data regulation GDPR, which came into force in May 2018.

While advanced components to support utilities, critical infrastructure, and more can bring numerous benefits, these solutions also open both urban and rural areas to new risks and cyber threats.

The Department of Homeland Security has issued a rare “emergency” directive ordering federal civilian agencies to secure the login credentials for their internet domain records out of concern that they could be vulnerable to cyberattacks.

As BYOD Adoption and Mobile Threats Increase, Can Enterprise Data Security Keep Up?

While most security professionals have come to embrace — or, at least, accept — bring-your-own-device (BYOD) policies, leadership still often lacks confidence in the data security of employees’ personal phones, tablets and laptops.

Over a period of just five years, Emotet has managed to evolve into one of the most notorious cyber threats in existence – one that causes incidents that cost up to $1 million dollars to rectify.

An online casino group has leaked information on over 108 million bets, including details about customers’ personal information, deposits and withdrawals.

France’s data protection regulator, CNIL, has issued Google a €50 million fine (around $56.8 million USD) for failing to comply with its GDPR obligations.

Security is the no. 1 IT barrier to cloud and SaaS adoption

More than 70% of tech professionals said security spending has increased in the past year, according to a Ping Identity report.

More than a decade’s worth of credit and mortgage records, many linked to some of the country’s largest banks and lenders, was temporarily exposed online.

What do you think are some other risks smart cities will create within the next years? Share your thoughts in the comments below or follow me on Twitter to continue the conversation: @JonLClay. 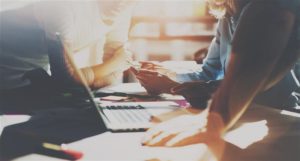 How Do I Make My Windows 10 Computer Run Faster? (Part 1) 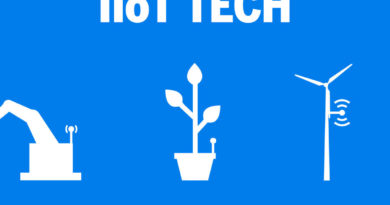