Welcome to our weekly roundup, where we share what you need to know about the cybersecurity news and events that happened over the past few days. This week, read about how fifteen billion usernames and passwords for a range of internet services are currently for sale on underground forums. Also, learn about a new Mirai variant that exploits nine vulnerabilities, most notable of which is CVE-2020-10173.

“Cloud security is simple, absolutely simple. Stop over complicating it.” This is the advice that Mark Nunnikhoven, vice president of cloud research at Trend Micro, shared to kick off his presentation at the CyberRisk Alliance Cloud Security Summit this year. Check out a recording of his talk in this blog recap to learn more.

Responding to phishing attacks requires a combination of commodity tools, cutting-edge machine learning techniques and human-powered defense. That’s how to create order out of chaos and beat the phishers at their own game, according to Trend Micro’s Greg Young. Learn more in his recent article on phishing in Security Boulevard.

Beyond the Endpoint: Why Organizations are Choosing XDR for Holistic Detection and Response

The endpoint has long been a major focal point for attackers targeting enterprise IT environments. Yet increasingly, security teams are needing to protect data across the organization – whether it’s in the cloud, on IoT devices, in email, or on-premises servers – attackers may jump from one environment to the next in multi-stage attacks and even hide between the layers. XDR solutions offer a convincing alternative to EDR and point solutions.

15 Billion Credentials Currently Up for Grabs on Hacker Forums

Fifteen billion usernames and passwords for a range of internet services are currently for sale on underground forums. A report released from the Digital Shadows Photon Research Team found that 100,000 separate data breaches over a 2-year period have yielded a 300% increase in stolen credentials, leaving a wealth of account details on dark-web hacker forums up for grabs.

Connected cars are set to grow 270% by 2022 to reach an estimated 125 million in just a few years. However, the high-performance mobile computers in connected cars can also leave them exposed to sensitive data theft and remote manipulation, which could create serious physical safety issues. This is where the ISO/SAE 21434 standard comes in and creates detailed guidance for the automotive industry to help it navigate these challenges and reduce reputational and cyber-risk.

Trend Micro discovered a new Mirai variant that exploits nine vulnerabilities, most notable of which is CVE-2020-10173 in Comtrend VR-3033 routers which were not observed as exploited by past Mirai variants. This discovery is a new addition to the Mirai variants that appeared in the past few months which include SORA, UNSTABLE, and Mukashi.

Microsoft has filed a lawsuit in an effort to seize control of several domains used to launch COVID-19-themed cyberattacks against the company’s customers in 62 countries. The company started tracking the malicious activity in December 2019 after identifying it as a phishing scheme attempting to compromise Microsoft customer accounts and access emails, contacts, sensitive files, and other information.

Cleaner One Pro Speeds Up Your Mac: Part 1

Trend Micro Cleaner One Pro is an easy-to-use, all-in-one disk cleaning and optimization utility that can help you boost your Mac’s performance. In this two-part blog series, Trend Micro outlines how you can use Cleaner One Pro to make your Mac run faster, walking you through its features. In Part 1, Trend Micro focuses on Quick Optimizer, the Main Console, and the Cleaning Tools.

Cybersecurity researchers unveiled another instance of Android malware hidden under the guise of legitimate applications to stealthily subscribe unsuspecting users for premium services without their knowledge. The Joker malware has found another trick to bypass Google’s Play Store protections: obfuscate the malicious DEX executable inside the application as Base64 encoded strings, which are then decoded and loaded on the compromised device.

Google Chrome extensions and Communigal Communication Ltd. (Galcomm) domains were used in a campaign that aims to track user activity and data, according to Awake Security. In the past three months, the researchers found 111 malicious or fake Chrome extensions using Galcomm domains as their command and control infrastructure. There have been at least 32 million downloads of these malicious extensions.

Over the past couple of months, ransomware has remained a formidable threat as new families, techniques, and targets continue emerging at every turn. Trend Micro recently witnessed the rise of a new ransomware family called Avaddon. In this blog, Trend Micro examines techniques utilized by some ransomware variants and the industries affected by these attacks.

70% of organizations experienced a public cloud security incident in the last year – including ransomware and other malware (50%), exposed data (29%), compromised accounts (25%), and cryptojacking (17%), according to Sophos. Organizations running multi-cloud environments are greater than 50% more likely to suffer a cloud security incident than those running a single cloud.

A Russian group dubbed as Cosmic Lynx initiated more than 200 Business Email Compromise (BEC) campaigns targeting hundreds of multinational companies, according to security firm Agari. Cosmic Lynx was revealed to have been launching campaigns in over 40 countries including the United States, Canada, and Australia since 2019. The average amount requested from the targets is at US $1.27 million.

This blog series explains examples of general-purpose guidelines for ICS and OT security and helps readers understand the concepts required for security in smart factories. Part three dives into the NIST Cyber Security Framework (CSF), which is issued by US National Institute of Standards and Technology (NIST).

Has your organization experienced a public cloud security incident over the last year? Share your thoughts in the comments below or follow me on Twitter to continue the conversation: @JonLClay. 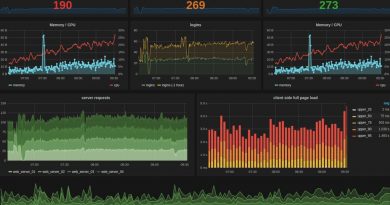 This Week in Security News: Ransomware Campaigns Persist with WannaCry as Most Common 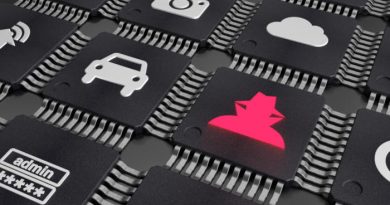 Protecting the IoT: 3 things you must include in an IoT security plan