Note: The content of this post is being released jointly with the Center for Threat-Informed Defense. It is co-authored with Chris Ante and Matthew Bajzek. The Center post can be found here.

As containers become a major part of many organizations’ IT workloads, it becomes crucial to consider the unique security threats that target such environments when building security solutions. The first step in this process is understanding the relevant attack landscape.

The MITRE ATT&CK® team has received frequent questions from the community about if or when ATT&CK would include coverage for adversary behavior in containers. Previous iterations of ATT&CK have included references to containers (for example, Resource Hijacking) and some clearly container-relevant techniques (for example, Implant Internal Image), but the coverage was insufficient to provide network defenders a holistic view of how containers are being targeted in enterprise environments.

Addressing the need for a common framework for understanding container threats

Given clear community interest, inspiration from Microsoft’s work on the threat matrix for Kubernetes, and the publication of research from other teams, the Center for Threat-Informed Defense launched an investigation (sponsored by several Center members including Microsoft) that examined the viability of adding containers content to ATT&CK. The purpose of the Container Techniques project was to investigate adversarial behavior in containerization technologies and determine whether there was enough open-source intelligence to warrant the creation of an ATT&CK for Containers matrix, resulting in either new ATT&CK content or a report on the state of in-the-wild Container-based tactics, techniques, and procedures (TTPs). The Center’s research team quickly concluded that there was more than enough open-source intelligence to justify technique development, ultimately resulting in the new matrix.

As of the ATT&CK v9 release, the ATT&CK for Containers matrix is officially available. More details about the Containers matrix can be found in MITRE-Engenuity’s announcement blog. Some highlights of the new matrix include related software entries, procedure examples to help network defenders better understand new container-centric techniques, data sources to match the recent ATT&CK data sources refactor, and many others.

MITRE ATT&CK has become the common vocabulary for describing real-world adversary behavior. ATT&CK offers organizations a method to measure their defenses against threats that impact their environment and identify possible gaps. With ATT&CK’s approach of methodically outlining the possible threats, Microsoft built the threat matrix for Kubernetes, which was one of the first attempts to systematically map the attack surface of Kubernetes. An updated version of the matrix was released earlier in 2021.

Microsoft took part in the Center’s project and contributed knowledge that the company gained in the field of container security. Microsoft’s unparalleled visibility into threats helps to identify real-world attacks against containerized workloads and provide information about tactics and techniques used in those attacks. One example of such an attack is a cryptocurrency mining campaign that targeted Kubernetes. In this incident, Microsoft saw evidence of the following techniques from the Microsoft threat matrix:

The Center’s process for leveraging Microsoft’s Kubernetes threat matrix was as follows:

Considering Microsoft’s tactics mapping for specific techniques and how they fit within ATT&CK’s Enterprise, Cloud, and Containers matrix scoping, as in the case of multiple forms of “lateral movement,” the Center instead identified pivots from one ATT&CK platform matrix to another (for example, Containers to Cloud).

The following are examples of techniques from Microsoft’s matrix that were re-scoped to fit into existing Enterprise ATT&CK techniques:

Meanwhile, the following are examples of techniques from the Microsoft threat matrix that were re-scoped based on the Center’s platform decisions and additional open-source intelligence, with additional detail on each technique/sub-technique available in its description within ATT&CK for Containers:

Not all the techniques and tactics that appear in the Microsoft threat matrix went into the new ATT&CK matrix. ATT&CK focuses on real-world techniques that are seen in the wild. In contrast, many of the techniques in the threat matrix were observed during research work and not necessarily as part of an active attack. For example, “CoreDNS poisoning” from the updated matrix is a possible attack vector but hasn’t been seen in the wild yet.

ATT&CK for Containers is by no means finished, and we look forward to future additions based on new intelligence and further community contributions. Before the public release of ATT&CK for Containers, Microsoft released an updated version of the threat matrix for Kubernetes, which speaks to the fast-paced evolution of this technology space and the need to keep up with new adversary behaviors.

The next step for the ATT&CK team is to assess the new content in Microsoft’s matrix and consider it for potential future inclusion in ATT&CK based on the factors described above. Microsoft and the ATT&CK team will continue to collaborate to ensure that container techniques coverage in ATT&CK is up-to-date and can continue to serve the need of the community.

With the completion of this Center project, ATT&CK for Containers will be maintained by the ATT&CK team, who would love your continuous feedback and contribution! Let the team know what you think, what could be improved, and most importantly what you see adversaries doing in the wild related to containers. Feel free to send an email at any time to attack@mitre.org. If you have ideas for other research and development projects that the Center should consider, please send an email to ctid@mitre-engenuity.org.

To learn how Microsoft can help you protect containers and relevant technologies today, read about Microsoft Defender for Endpoint and Azure Defender. 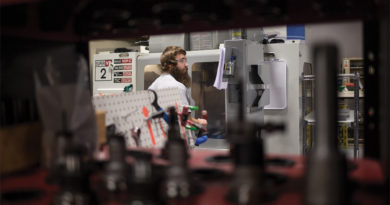 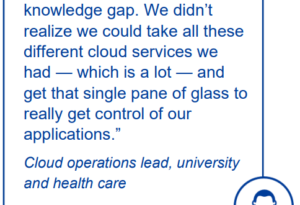 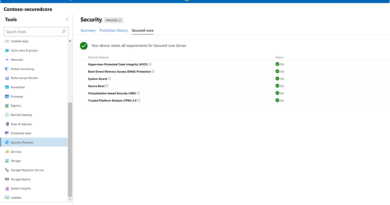