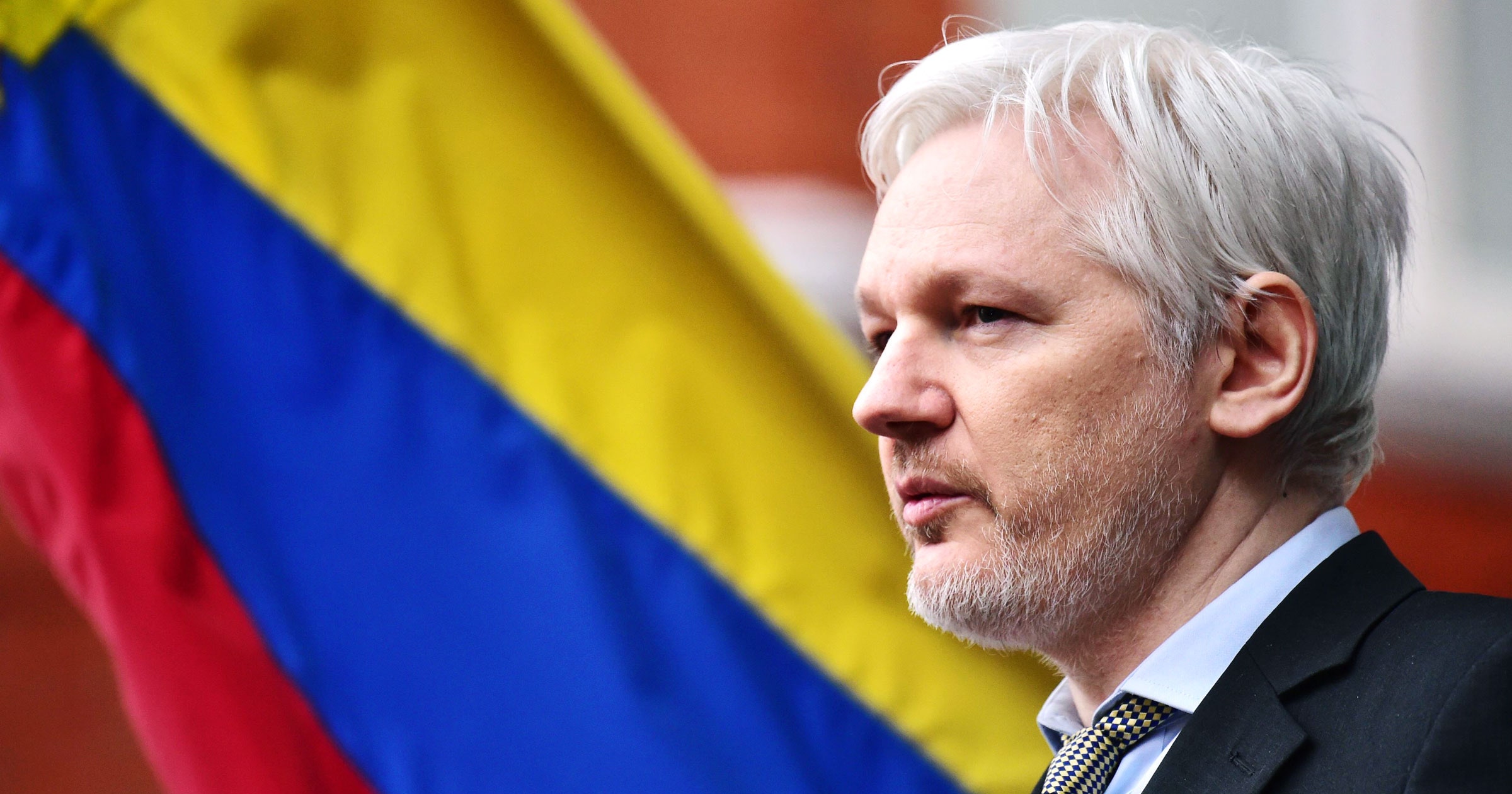 For seven years, the specter of sex crime accusations have loomed over WikiLeaks founder Julian Assange. Fighting extradition to Sweden kept him under house arrest in England, and then asylum in London’s Ecuadorean Embassy. Now Swedish authorities have dropped that case. But Assange likely still can’t leave his two-room embassy jail—a circumstance that makes clearer than ever the consequences he could face for his years of incendiary publications.

Assange’s legal troubles began in 2010, when two Swedish women accused him of sex crimes. Swedish authorities followed up with a warrant for his arrest for questioning. But Assange has always maintained that extradition to Sweden was a thin ruse intended to make him vulnerable to further extradition to the United States, where it’s widely believed that a secret grand jury for years was investigating him for WikiLeaks-related crimes. And though the Swedish case against Assange has closed, that extradition threat remains.

The decision to drop the case against Assange, a Swedish prosecutor explained in a statement, was based not on Assange’s innocence of the accusations, which had never risen to the level of formal criminal charges. Instead, the Swedish government has concluded that after more than four years of vainly pursuing Assange for questioning, it’s simply run out of options—or at least, options that are, in their view, “proportionate” to the crimes it’s investigating.

“In view of the fact that all prospects of pursuing the investigation are now exhausted, it appears that in light of the views expressed by the Supreme Court in its assessment of the proportionality in this case, it is no longer proportionate to maintain the arrest of Julian Assange in his absence via a European Arrest Warrant,” reads the statement.

But no sooner had Sweden dropped the case than the UK government issued its own threat to arrest Assange if he leaves Ecuador’s protection. The London police agency known as the Metropolitan Police Force points to what could be seen as a strange technicality. Even as Sweden dropped its European Arrest Warrant against Assange, a British court issued its own warrant for the WikiLeaks founder in 2012, when he violated his bail conditions to take refuge in the Ecuadorean Embassy. And that UK warrant still stands.

“The Metropolitan Police Service is obliged to execute that warrant should he leave the Embassy,” a statement from the MPS reads. “Now that the situation has changed and the Swedish authorities have discontinued their investigation into that matter, Mr. Assange remains wanted for a much less serious offense. The MPS will provide a level of resourcing which is proportionate to that offense.”

WikiLeaks on Friday repeated a long-running concern that the UK’s ultimate intent would be to extradite Assange—not to Sweden but to the US. Stateside, Assange could face charges related to his publications including espionage, computer hacking, or theft of government secrets. “Focus now moves to UK,” the WikiLeaks Twitter feed wrote Friday morning. “UK states it will arrest Assange regardless & refuses to confirm or deny whether it has already received an extradition request from the US.”

President Trump and many now in his administration praised WikiLeaks throughout the 2016 presidential campaign, as the group leaked the emails of the Democratic National Committee and the Clinton campaign. Researchers and US intelligence agencies believe that Russian government hackers stole those files and used WikiLeaks as an intermediary.

But since Trump’s election, that friendly view has soured, partly as a result of WikiLeaks’ continuing publication of highly classified CIA documents describing its hacking abilities, which WikiLeaks has called Vault7. CIA director Michael Pompeo has openly called WikiLeaks a “non-state, hostile intelligence agency,” argued that Assange has “no first amendment privileges,” and claimed that WikiLeaks is “recruiting agents to steal American secrets with the sole intent of destroying the American way of life.”

On Friday, a group of 100 supporters issued an open letter to the US Department of Justice asking for the US to drop any prosecution against Assange. The signees included NSA leaker Edward Snowden; Pentagon Papers leaker Daniel Ellsberg; the German journalist Bastian Obermayer, who broke the story of the Panama Papers; film director Ken Loach; and musician PJ Harvey. “A threat to WikiLeaks’ work—which is publishing information protected under the First Amendment—is a threat to all free journalism,” the letter reads. “If the DOJ is able to convict a publisher for its journalistic work, all free journalism can be criminalised.”

Regardless, Assange likely isn’t going anywhere. The Ecuadorean Embassy will remain both his home and his jail. Only now, the face-off that has confined him there is coming into clearer focus. It’s no longer between Assange and the Swedish government for any alleged sex crimes but between Assange and America, over the core controversy of spilling the secrets of the powerful.