As part of our continued efforts to tackle entire classes of threats, Office 365 client applications now integrate with Antimalware Scan Interface (AMSI), enabling antivirus and other security solutions to scan macros and other scripts at runtime to check for malicious behavior.

Macro-based threats have always been a prevalent entry point for malware, but we have observed a resurgence in recent years. Continuous improvements in platform and application security have led to the decline of software exploits, and attackers have found a viable alternative infection vector in social engineering attacks that abuse functionalities like VBA macros. Microsoft, along with the rest of the industry, observed attackers transition from exploits to using malicious macros to infect endpoints. Malicious macros have since showed up in commodity malware campaigns, targeted attacks, and in red-team activities.

To counter this threat, we invested in building better detection mechanisms that expose macro behavior through runtime instrumentation within our threat protection solutions in the cloud. We’re bringing this instrumentation directly into Office 365 client applications. More importantly, we’re exposing this capability through AMSI, an open interface, making it accessible to any antivirus solution.

Obfuscation and other forms of detection evasion

Macros are popular among attackers because of the rich capabilities that the VBA runtime exposes and the privileged context in which macros execute. Notably, as with all scripting languages, attackers have another advantage: they can hide malicious code through obfuscation.

To evade detection, malware needs to hide intent. The most common way that attackers do this is through code obfuscation. Macro source codes are easy to obfuscate, and a plethora of free tools are available for attackers to automatically do this. This results in polymorphic malware, with evolving obfuscation patterns and multiple obfuscated variants of the same malicious macro.

If AMSI rings a bell, it’s because we talked about how PowerShell adopted AMSI in a blog post when AMSI was introduced back in 2015.

Antimalware Scan Interface (AMSI) is an open interface available on Windows 10 for applications to request, at runtime, a synchronous scan of a memory buffer by an installed antivirus or security solution. Any application can interface with AMSI and request a scan for any data that may be untrusted or suspicious.

Any antivirus can become an AMSI provider and inspect data sent by applications via the AMSI interface. If the content submitted for scan is detected as malicious, the requesting application can take action to deal with the threat and ensure the safety of the device. To learn more, refer to the AMSI documentation.

AMSI also integrates with the JavaScript, VBScript, and PowerShell scripting engines. Over the years, we have been steadily increasing our investments in providing security solutions with deeper visibility into script-based threats. Insights seen via AMSI is consumed by our own security products. The new Office and AMSI integration is yet another addition to the arsenal of protection against script-based malware. Windows Defender Advanced Threat Protection (Windows Defender ATP) leverages AMSI and machine learning to combat script-based threats that live off the land (read our previous blog post to learn more).

The Office VBA integration with AMSI is made up of three parts: (a) logging macro behavior, (b) triggering a scan on suspicious behavior, and (c) stopping a malicious macro upon detection.

The VBA language offers macros a rich set of functions that can be used to interface with the operating system to run commands, access the file system, etc. Additionally, it allows the ability to issue direct calls to COM methods and Win32 APIs. The VBA scripting engine handles calls from macro code to COM and APIs via internal interfaces that implement the transition between the caller and the callee. These interfaces are instrumented such that the behavior of a macro is trapped and all relevant information, including the function name and its parameters, are logged in a circular buffer.

This monitoring is not tied to specific functions; it’s generic and works on any COM method or Win32 API. The logged calls can come in two formats:

Invoked functions, methods, and APIs need to receive the parameters in the clear (plaintext) in order to work; thus, this behavioral instrumentation is not affected by obfuscation. This instrumentation thus reveals a weak spot for macro codes; the antivirus now has visibility on relevant activity of the macro in the clear.

To illustrate, consider the following string obfuscation in a shell command:

When a potentially high-risk function or method (a trigger; for example, CreateProcess or ShellExecute) is invoked, Office halts the execution of the macro and requests a scan of the macro behavior logged up to that moment, via the AMSI interface. The AMSI provider (e.g., antivirus software) is invoked synchronously and returns a verdict indicating whether or not the observed behavior is malicious.

The list of high-risk functions or triggers are meant to cover actions at various stages of an attack chain (e.g., payload download, persistence, execution, etc.) and are selected based on their prevalence among malicious and benign macros. The behavior log sent over AMSI can include information like suspicious URLs from which malicious data was downloaded, suspicious file names known to be associated with malware, and others. This data is valuable in determining if the macro is malicious, as well as in the creation of detection indicators – all without any influence from obfuscation.

If behavior is assessed malicious, macro execution is stopped. The user is notified by the Office application, and the application session is shut down to avoid any further damage. This can stop an attack in its tracks, protecting the device and user.

To illustrate how the Office VBA and AMSI integration can expose malicious macro code, let’s look at a recent social engineering attack that uses macro-based malware. The initial vector is a Word document with instructions in the Chinese language to “Enable content”.

Figure 4: The malicious document instructs to enable the content

If the recipient falls for the lure and enables content, the malicious macro code runs and launches a command to download the payload from a command-and-control server controlled by the attacker. The payload, an installer file, is then run.

The macro code is heavily obfuscated:

However, behavior monitoring is not hindered by obfuscation. It produces the following log, which it passes to AMSI for scanning by antivirus:

The action carried out by the macro code is logged, clearly exposing malicious actions that antivirus solutions can detect much more easily than if the code was obfuscated.

Case study 2: Macro threat that lives off the land

The following is an example of macro malware that “lives off the land”, which means that it stays away from the disk and uses common tools to run code directly in memory. In this case, it uses shellcode and dynamic pages. Like the previous example, this attack uses social engineering to get users to click “Enable Content” and run the macro code, but this one uses instructions in the Spanish language in Excel.

When run, the macro code dynamically allocates virtual memory, writes shellcode to the allocated location, and uses a system callback to transfer execution control. The malicious shellcode then achieves fileless persistence, being memory-resident without a file.

When the shellcode gets execution control, it launches a PowerShell command to download additional payload from a command-and-control server controlled by the attacker.

Even if the macro code uses fileless code execution technique using shellcode, its behavior is exposed to antivirus solutions via the AMSI interface. Sample log is shown below:

With the AMSI scan integration in both Office VBA and PowerShell, security solutions like Windows Defender ATP can gain clear visibility into malicious behavior at multiple levels and successfully block attacks.

In addition to protecting users running Office 365 applications on Windows 10, detections via AMSI allow modern endpoint protection platforms like Windows Defender ATP to extend protection to customers via the cloud.

Figure 11. Simplified diagram showing how AMSI detections in a few machines are extended to other customers via the cloud

This protection is also delivered to the rest of Microsoft 365 customers. Through the Microsoft Intelligent Security Graph, security signals are shared across components of Microsoft 365 threat protection. For example, in the case of macro malware, detections of malicious macro-laced documents by Windows Defender AV are shared with Office 365 ATP, which blocks emails carrying the document, stopping attacks before the documents land in users mailboxes.

Figure 12. The Office and AMSI integration enriches the orchestration of protection across Microsoft 365

Within a few weeks after the release of this new instrumentation in Office VBA and the adoption by Windows Defender ATP, we saw this multiplier effect, with signals from a few hundred devices protecting several tens of thousands of devices. Because Office AMSI feature exposes behaviors of the macro irrespective of content, language, or obfuscation, signals from one part of the world can translate to protection for the rest of the globe – this is powerful.

AMSI integration is now available and turned on by default on the Monthly Channel for all Office 365 client applications that have the ability to run VBA macros including Word, Excel, PowerPoint, and Outlook.

In its default configuration, macros are scanned at runtime via AMSI except in the following scenarios:

Office 365 applications also expose a new policy control for administrators to configure if and when macros are scanned at runtime via AMSI:

Code instrumentation and runtime monitoring are powerful tools for threat protection. Combined with runtime scanning via AMSI, they enable antivirus and other security solutions to have greater visibility into the runtime behavior of a macro execution session at a very granular level, while also bypassing code obfuscation. This enables antivirus solutions to (1) detect a wide range of mutated or obfuscated malware that exhibit the same behavior using a smaller but more efficient set of detection algorithms, and (2) impose more granular restrictions on what macros are allowed to do at runtime.

Moreover, AMSI protection is not limited to macros. Other scripting engines like JavaScript, VBScript, and PowerShell also implement a form of code instrumentation and interface with AMSI. Attacks with multiple stages that use different scripts will be under scrutiny by AMSI at each step, exposing all behaviors and enabling detection by antivirus and other solutions.

We believe this is another step forward in elevating security for Microsoft 365 customers. More importantly, AMSI and Office 365 integration enables the broader ecosystem of security solutions to better detect and protect customers from malicious attacks without disrupting day-to-day productivity. 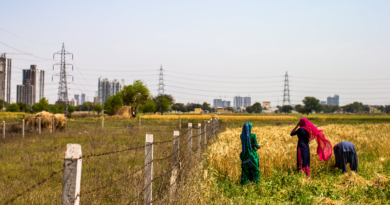 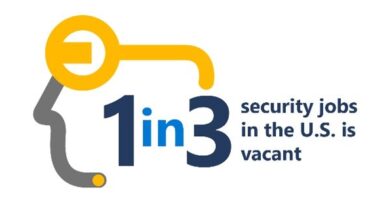 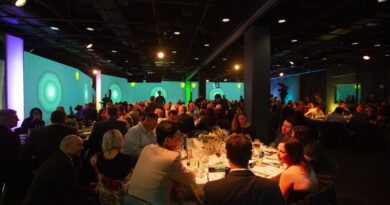