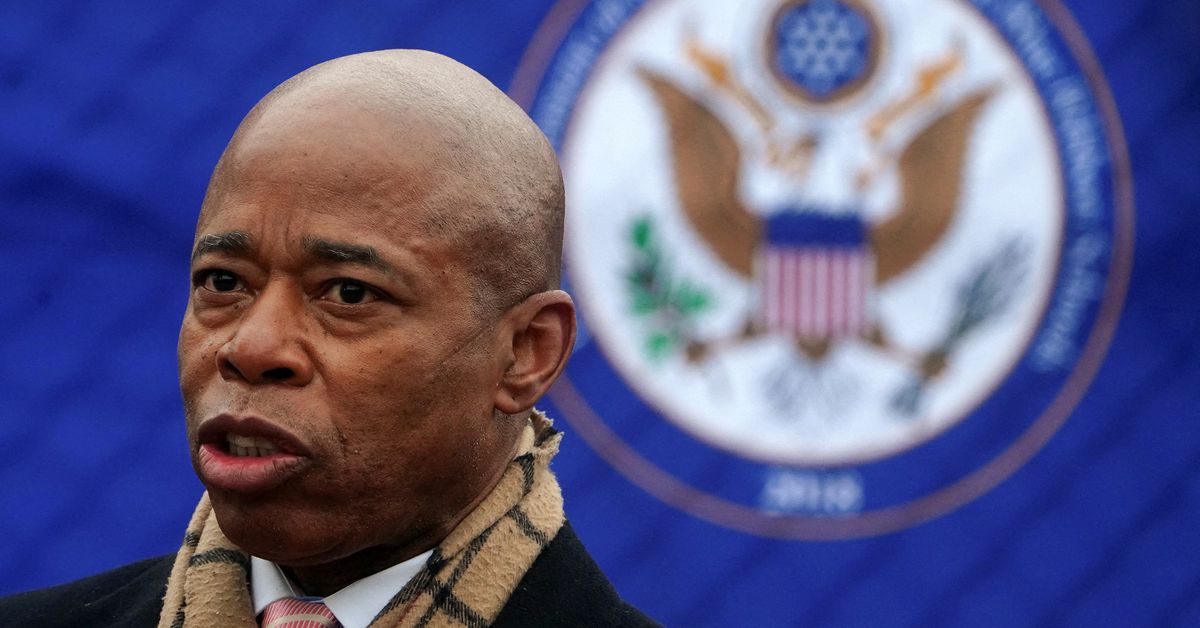 The salary will be converted to ethereum and bitcoin, the statement added.

The mayor last year said he would take his first three paychecks in bitcoin and signaled his intention to make his city the “center of the cryptocurrency industry”.

“New York is the center of the world, and we want it to be the center of cryptocurrency and other financial innovations,” Adams said in a statement.

Coinbase Global operates an exchange that enables people to buy and sell cryptocurrencies.

Despite their rising popularity among retail and professional investors, cryptocurrencies, including bitcoin and ethereum, have struggled to go mainstream due in part to their frequent fluctuations in value.

Both Bitcoin and ethereum notched record-high values in November, only to see those values plummet leading up the new year. On Jan. 10, Bitcoin fell more than 5%, tumbling under the $40,000 level for the first time since September. In late morning trading on Thursday, a bitcoin was worth $43,309 and ethereum was at $3,250.

After his election in November, Adams also suggested that New York schools teach courses on cryptocurrency and blockchain technology, and, following a similar pledge from Miami Mayor Francis Suarez, promised to convert his first three paychecks to bitcoin.

Adams converting his first paycheck to cryptocurrency “provides a leading example” of how New York City can “empower people through tech with a more diverse set of options to manage their finances,” New York City Chief Technology Officer Matt Fraser said in a statement.

Although Adams has yet to propose specific policies that would make New York a cryptocurrency hub, digital asset enthusiasts have called his embrace of bitcoin encouraging, and believe his stance could attract more digital asset start-ups to New York.

Reporting by Mrinmay Dey in Bengaluru and Hannah Lang in Washington; Editing by Chizu Nomiyama and Jonathan Oatis