“There was an internet-wide freakout in December and I have not seen the same freakout around this deadline,” said Democratic Washington state Representative Drew Hansen, who introduced a bill that restored net neutrality laws in that state.

In May, FCC Chairman Ajit Pai revealed that the rules would formally expire on June 11. The deadline means there are no longer any federal protections for net neutrality in the United States. But it’s unlikely ISPs would try any shady behavior when the fight to restore these rules is ongoing and critics are closely watching the companies.

As of Monday, the only state with net neutrality laws in effect is Washington, but many others have laws that will likely pass in the next few months, or have some protections under executive orders.

There are also multiple lawsuits against the FCC from both state attorneys general and private consumer rights groups, and Congress is in the process of considering a joint resolution—which has already passed the senate—to overturn the agency’s decision. Net neutrality continues to be a hot button issue with 83 percent of Americans in favor of the rules. With so much focus on the issue, ISPs would struggle to take advantage of the relaxed rules by throttling traffic or blocking content without proponents of net neutrality taking notice. Instead, it’s more likely Big Telecom will lay low until either much of the turmoil has died down, or the public stops paying attention.

But if the past is any indication, ISPs will not hesitate to abuse the lack of net neutrality rules in the future. Before the FCC introduced its net neutrality laws, there were plenty of examples of ISPs playing dirty. AT&T once tried to block its subscribers with iPhones from using Facetime unless they paid an additional fee; Comcast used covert technology to limit users from accessing peer-to-peer sharing networks; Verizon blocked texts from a pro-choice organization to supporters. Unless the effort to restore the rules is kept alive, there’s no indication we can’t expect the same behavior to resurface.

Get six of our favorite Motherboard stories every day by signing up for our newsletter .

Trolled With Fake Presidential Logo, Trump Does Not Notice 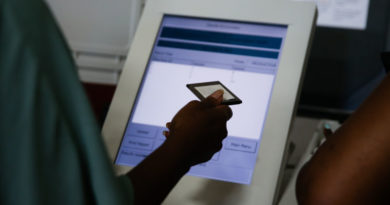 Judge Orders Georgia To Switch To Paper Ballots For 2020 Elections 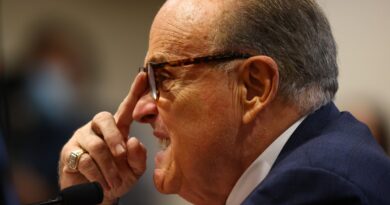