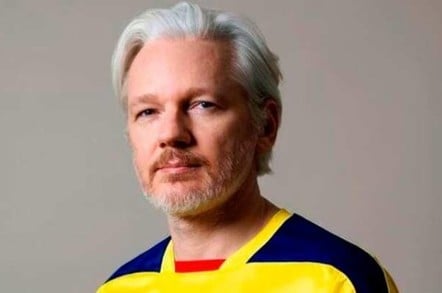 Julian Assange will be interviewed via video link by a judge investigating claims that a Spanish company orchestrated a spying operation against him while he resided in the Ecuadorian embassy.

The request, made in September, was granted last week. Assange will be taken to Westminster Magistrates’ Court on 20 December to be questioned as a witness.

Judge José de la Mata wants to talk to the WikiLeaks founder about allegations that a Spanish security company snooped on him and his lawyers via hidden microphones while they were preparing his defence to extradition proceedings.

The company, UC Global, is also accused of passing on this information to Ecuadorian and US intelligence agencies.

De la Mata sent the European Investigation Order in September but it was originally blocked, according to El Pais.

The paper broke the spying story in the summer and obtained video and audio recordings of Assange in the embassy.

These included conversations between Assange and various visitors – staff at the security firm were told to pay particular attention to American and Russian visitors. They took apart some visitors’ mobile phones in order to photograph IMEI numbers as well as photographing passports.

The company was meant to be providing security at the embassy between 2012 and 2018. But alongside this, it is claimed that it set up systems to film and monitor the embassy’s guest and created daily reports on his activities and mood.

Assange seemed to suspect he was being spied on and used a voice distortion device hidden in a lamp and held meetings in the women’s toilets.

UC Global has previously said none of its actions broke its moral or ethical rules. ®