LAS VEGAS – The American law enforcement system is facing a crisis of identity in the face of technology advancement, with cloud migration and automated systems, data privacy and encryption all remaining central issues for the FBI as it considers its mandate and role in the modern digital age.

Speaking at the Opentext ENFUSE 2018 conference, former FBI Director James Comey began by noting that the bureau in general is trying to strike the right balance between what investigative measures should be left to technology platforms, and which should remain under the purview of humans.

“To me, there’s a little too much of the human involved,” he said.

Using the example of the FBI investigation into Hillary Rodham Clinton’s email practices while she was Secretary of State, he said that the task of sifting through millions of messages became a main challenge for the investigative team.

“The team for instance said there’s no way we can complete the review of the tens of thousands of messages on Anthony Weiner’s laptop before the election, because we didn’t have de-dupe software for the classified network – we only had it for the unclassified network.”

As a result, the FBI’s technical resources flew into action, racing against the clock to create a classified de-dupe tool as time wound down. Eventually, it was put into place, which whittled the number of emails down to 6,000 that had to be read individually by human eyes.

“That challenge was front and center,” he said.

The problem is that the FBI, like other government entities, is wrestling with the need to move to having a unified platform in the cloud for information access. In the FBI’s case, as with other intelligence agencies, that cloud will need to accommodate different levels of classification, and different stakeholders.

“The central challenge is that we share so much info with each other is that we overwhelm each other,” he said. “We need software tools to exploit that data, and to tag and categorize data [to make it useful]. We also need to be able to flag insider threats and control access.” 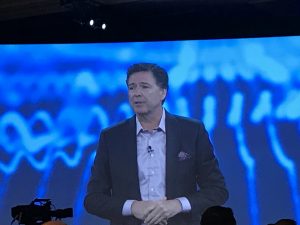 For instance, the bureau needs to be able to make use of what he called “digital dust.” That dust can be an invaluable tool, as it was in the arrest of the Golden Gate killer, believed responsible for 12 homicides and 45 rapes decades ago. He was recently caught when his 30-year-old DNA was run against a genealogy database.

“It’s fair to say we live in a golden age of surveillance in a very real sense,” he said. “We are all building digital models and replicas of ourselves, and through the richness of that dust the courts can reconstruct who I am.”

However, he also said that despite the deep fears of some Americans that their government can access absolutely everything about them through a web of far-reaching digital surveillance (as famously outlined by Edward Snowden), the reality is that inappropriate tracking is not on the docket.

“There’s a sense of frustration inside the FBI to be honest,” he said. “The public believes that we have all of these surveillance tools, when social media giants know far more about you than we do, with no regulation. This brings up questions around the frameworks we have in place for the use of government authority, which are increasingly outdated. When the single largest collector of information actually isn’t the government, how do we feel about that, as a country?”

On a related topic, he noted that strong encryption tactics — which are at he heart of an impassioned debate begun by privacy advocates — are putting law enforcement at a disadvantage, with “wide swathes of American life off-limits to judicial authority.”

Echoing the sentiments of current FBI Director Christopher Wray and others, he elaborated on the charge he made in his recent book that the encryption is the hardest challenge that the FBI faces at the moment, amounting to no less than an existential question.

The Fourth Amendment guarantees protection of individuals against “unreasonable searches and seizures,” but provides for the ability of law enforcement, with probable cause, to search the effects of a suspect. In this modern age, it has become a question as to whether that authority stretches to the digital realm. Comey added that real content is still king when it comes to securing convictions—actual pictures, messages and the like, not just the aforementioned digital dust that can be used for profiling.

“We’ve always agreed as a people that the government authorities, with appropriate oversight, can gain access to the information they need to determine [criminality],” he said. “We’re now moving to a place where both non-crooks and crooks can wall off communications, data and pictures – we’re drifting to that. And we shouldn’t drift. We need to be able to say either that this is that okay, and weigh the costs and benefits, or if it’s not okay, what do we do about it.”

Comey finished his talk and Q&A by noting that Americans have a unique amount of dysfunction produced by technology, but that we hold a set of core values, no matter the current divisions politically, that will guide the country’s decisions on these and other questions going forward.

“I feel a sense of awakening,” he explained. “If you think of the American people as a bell curve with wings on either side of [political] nuts, the middle is what we call the sleeping American giant, and there lies the repository of our values. I feel that giant awakening. It wakes every couple of generations and creates an inflection point. And I think that’s happening again today.” 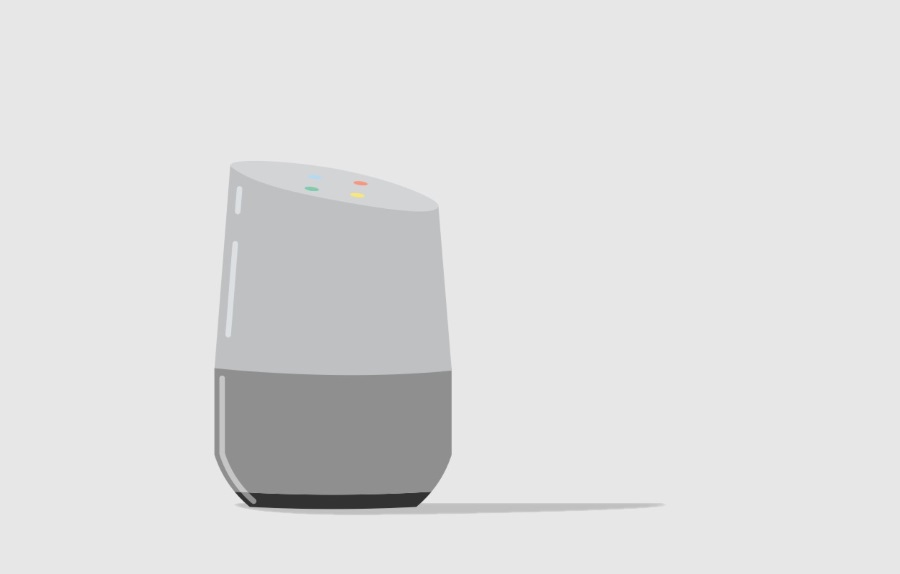 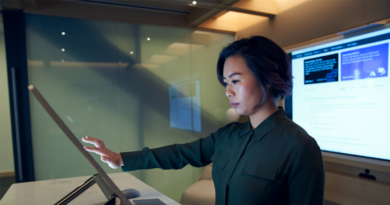 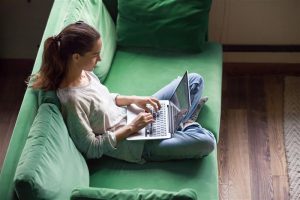 The Everyday Cyber Threat Landscape: Trends from 2019 to 2020