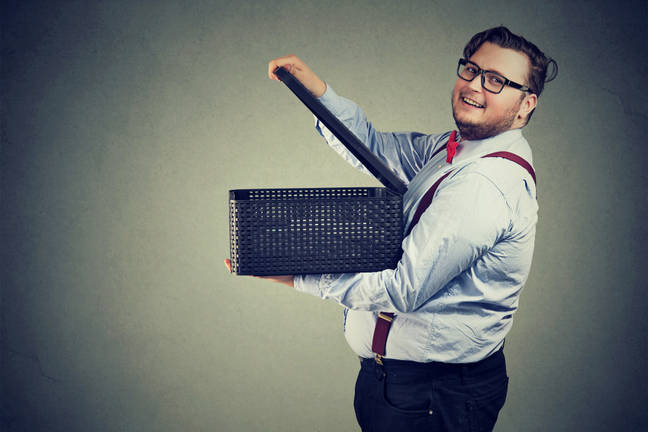 Cyber UK 2019 Ever-exciting Cabinet Office minister David Lidington has put his name to a new infosec response testing tool developed by the NCSC, called (wait for it) Exercise in a Box.

In a speech due to be delivered to the Cyber UK conference in Glasgow later today, Lidington will inform the world: “This new free online tool will be critical in toughening the cyber defences of small businesses, local government, and other public and private sector organisations.”

Exercise in a Box, or so Lidington will say, “provides scenarios based on common cyber threats facing the UK, which organisations can practice in their own time, in a safe environment, as many times as they want”. You can pick from a technical simulation or a tabletop discussion.

“Just like having a fitness tracker, the tool enables players to monitor their progress,” burbled the Cabinet Office in its explanation of the tool.

We do not yet know if it’s available on Xbox or Apple Watch but doubtless readers will want to seek further information for themselves about that.

Gentle mockery aside, the idea is to get organisations large and small thinking about what to do if when Something Bad Happens to their IT infrastructure, whether as a result of drive-by ransomware or a targeted attack. Although the version currently available from the NCSC website was developed for SMEs and the emergency services, we are told the general concepts can be applied to most other organisations too.

“By practising your defence and response mechanisms, you can understand how effective they really are and where there are areas for improvement,” said NCSC chief exec Ciaran Martin in a canned quote. “We’re committed to building the UK’s cyber resilience and continuing our work to make the country the hardest possible target for our adversaries.”

As NCSC tech director Ian Levy expressed the underlying problem while talking to the press yesterday about industrial control malware: “There’s kind of a mantra in the cybersecurity community that says [people working on safety critical systems] will never patch because they’re just too scared to ever patch anything. There’s a mantra in the [Operational Technology] world that says cybersecurity are cowboys because they patch instantly. It’s about bringing them together and having that conversation.”

It might not be as exciting as Stuxnet or zero-day vulns (“Why use a zero-day if you can spearphish an admin and log in from the internet?” asked Levy, rhetorically) but getting the less security-aware parts of the UK more savvy about infosec practices can only be a good thing. ®