Iranian threat actors are increasing attacks against IT services companies as a way to access their customers’ networks. This activity is notable because targeting third parties has the potential to exploit more sensitive organizations by taking advantage of trust and access in a supply chain. Microsoft has observed multiple Iranian threat actors targeting the IT services sector in attacks that aim to steal sign-in credentials belonging to downstream customer networks to enable further attacks. The Microsoft Threat Intelligence Center (MSTIC) and Digital Security Unit (DSU) assess this is part of a broader espionage objective to compromise organizations of interest to the Iranian regime.

To date this year, Microsoft has issued more than 1,600 notifications to over 40 IT companies in response to Iranian targeting, compared to 48 notifications in 2020, making this a significant increase from years past (Figure 1). The focus of several Iranian threat groups on the IT sector particularly spiked in the last six months – roughly 10-13% of our notifications were related to Iranian threat activity in the last six months, compared to two and a half percent in the six months prior (Figure 2). Most of the targeting is focused on IT services companies based in India, as well as several companies based in Israel and United Arab Emirates. Although different in technique from other recent supply chain attacks, these attacks represent another example of how nation state actors are increasingly targeting supply chains as indirect vectors to achieve their objectives.

Figure 1: Number of notifications sent to IT Services related to Iran-based actor targeting

Figure 2: Percentage of notifications per quarter sent to IT Services NSNs related to Iran-based activity

As with any observed nation state actor activity, Microsoft has directly notified customers that have been targeted or compromised, providing them with the information they need to secure their accounts. Microsoft uses DEV-#### designations as a temporary name given to an unknown, emerging, or a developing cluster of threat activity, allowing MSTIC to track it as a unique set of information until we reach a high confidence about the origin or identity of the actor behind the activity. Once it meets the criteria, a DEV is converted to a named actor.

In July 2021, a group that MSTIC tracks as DEV-0228 and assesses as based in Iran compromised a single Israel-based IT company that provides business management software. Based on MSTIC’s assessment, DEV-0228 used access to that IT company to extend their attacks and compromise downstream customers in the defense, energy, and legal sectors in Israel. In September, we detected a separate Iranian group, DEV-0056, compromising email accounts at a Bahrain-based IT integration company that works on IT integration with Bahrain Government clients, who were likely DEV-0056’s ultimate target. DEV-0056 also compromised various accounts at a partially government-owned organization in the Middle East that provide information and communications technology to the defense and transportation sectors, which are targets of interest to the Iranian regime. DEV-0056 maintained persistence at the IT integration organization through at least October.

MSTIC detected a significant increase in these and other Iranian groups targeting IT companies based in India beginning in mid-August. From mid-August to late September, we issued 1,788 nation state notifications (NSNs) across Iranian actors to enterprise customers in India, roughly 80% of which were to IT companies, an exponential rise from the 10 notifications we issued the previous three years in response to previous Iranian targeting. Iranian cyber actors have rarely targeted India, and the lack of pressing geopolitical issues that would have prompted such a shift suggests that this targeting is for indirect access to subsidiaries and clients outside India.

DEV-0228 dumped credentials from the on-premises network of an IT provider based in Israel in early July. Over the next two months, the group compromised at least a dozen other organizations, several of which have strong public relations with the compromised IT company. MSTIC assesses at least four (4) of those victims were compromised using the acquired credentials and access from the IT company in the July and August attacks. Here are two such examples:

DEV-0228 operators used a custom implant to establish persistence on victim hosts and then dumped LSASS. The implant is a custom remote access Trojan (RAT) that uses Dropbox as a command and control (C2) channel and is disguised as RuntimeBroker.exe or svchost.exe.

Operators staged their tools in a C:\Windows\TAPI directory on the victim hosts:

Microsoft will continue to monitor DEV-0228 and DEV-0056 activity and implement protections for our customers. The current detections, advanced detections, and IOCs in place across our security products are detailed below.

The following guidance can mitigate the techniques described in the threat activity:

Alerts with the following titles in the security center can indicate threat activity on the network:

The following alerts might indicate threat activity associated with this threat. These alerts, however, can be triggered by unrelated threat activity, but they are listed here for reference:

The indicators of compromise (IoCs) included in this blog post can be used by Microsoft Sentinel customers for detection purposes using the queries detailed below.

This hunting query looks for process command line activity related to observed activity. The query uses additional data from Microsoft Defender for Endpoint to generate a risk score associated with each result. Hosts with higher risk events should be investigated first.

This hunting query looks for file paths/hashes related to observed activity as detailed in this blog.

In addition to these queries, there are equivalent queries that use the Advanced SIEM Information Model (ASIM) to look for the same activity.

To locate malicious activity related to the activity described in this blog, customers can run the following queries in Microsoft 365 Defender or Microsoft Defender for Endpoint.

Identify use of PAExec in your environment

Look for PAExec.exe process executions in your environment. Run query.

Look for files created in the Windows\Tapi directory. Run query. 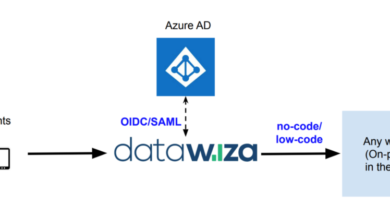 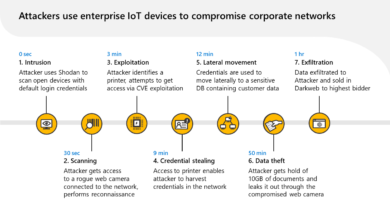 How Microsoft Defender for IoT can secure your IoT devices 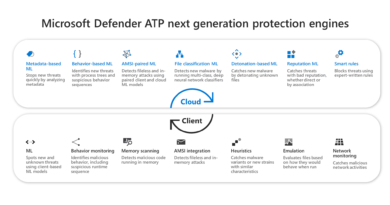 Inside out: Get to know the advanced technologies at the core of Microsoft Defender ATP next generation protection