In 2020, the move toward digital transformation and Industry 4.0 took on new urgency with manufacturing and other critical infrastructure sectors under pressure to increase operational efficiency and reduce costs. But the cybersecurity model for operational technology (OT) was already shown to be lacking before the pandemic. A series of major cyberattacks across industries served as a wake-up call that the traditional “air-gapped” model for OT cybersecurity had become outdated in the era of IT/OT convergence and initiatives such as Smart Manufacturing and Smart Buildings. And the IoT and Industrial Internet of things (IIoT) are only getting bigger. Analysts predict we’ll have billions of IoT devices connected worldwide in a few years, drastically increasing the surface area for attacks.

Company boards and management teams are understandably concerned about increased safety and corporate liability risks as well as the financial impact of crippling downtime posed by IoT/OT breaches. They’re also concerned about losing sensitive IP such as proprietary formulas and product designs, since manufacturers are eight times more likely to be attacked for cyberespionage than other sectors, according to the 2020 Verizon DBIR.1

In my recent Microsoft Ignite presentation, Azure Defender for IoT including CyberX, I was joined by Nir Krumer, Principal PM Manager at Microsoft, to examine how the new Azure Defender for IoT incorporates CyberX’s agentless technology and IoT/OT-aware behavioral analytics, minimizing those risks by providing IT teams with continuous IoT/OT visibility into their industrial and critical infrastructure networks. You’re invited to view the full presentation and review some highlights below.

Unlike information technology (IT) security, OT security is focused on securing physical processes and assets rather than digital assets like containers and SQL databases. Physical assets include devices like turbines, mixing tanks, HVAC systems in smart buildings and data centers, factory-floor machines, and more. In OT, the top focus is always on safety and availability. Availability means that your production facilities must be resilient and keep operating, because that’s where the revenue comes from. However, the biggest difference from IT security is that most chief information security officers (CISOs) and SOC teams today have little or no visibility into their OT risk, because they don’t have the multiple layers of controls and telemetry as we have in IT environments. And OT risk translates directly into business risk.

As recent history shows, attacks on OT are already underway. The TRITON attack on the safety controllers in a Middle East petrochemical facility was intended to cause major structural damage to the facility and possible loss of life. The attackers got their initial foothold in the IT network but subsequently used living-off-the-land (LOTL) tactics to gain remote access to the OT network, where they deployed their purpose-built malware. As this attack demonstrated, increased connectivity between IT and OT networks gives adversaries new ways of compromising unmanaged OT devices, which historically haven’t supported agents and are typically invisible to IT teams. How Azure Defender for IoT works for you

In our Ignite presentation, we broke down five key capabilities provided by the product’s agentless security for unmanaged IoT/OT devices:

So, how does this system get deployed? Azure Defender for IoT uses a network sensor to capture a copy of the network traffic through the switch port analyzer (SPAN). It uses a technique called passive monitoring or network traffic analysis (NTA) to identify assets, vulnerabilities, and threats without impacting the performance or reliability of the IoT/OT network. The solution can be 100 percent on-premises, connected to Azure, or a hybrid of the two (for example, by forwarding alerts to Azure Sentinel). Figure 2: Azure Defender for IoT uses an on-premises network sensor to capture and analyze all IoT/OT traffic. The solution can be deployed fully on-premises, or connected to Azure, or in hybrid environments where the SIEM is cloud-based, as with Azure Sentinel.

You are invited to watch our Microsoft Ignite presentation to learn more about Azure Defender for IoT, including a live demo of how deep integration with Azure Sentinel can be used to investigate multistage IT/OT attacks like TRITON.

Visit the Azure Defender for IoT website to learn more and try it for free during Public Preview. You can also learn more about Microsoft Security solutions by visiting our website. Bookmark the Security blog to keep up with our expert coverage on security matters. Also, follow us at @MSFTSecurity for the latest news and updates on cybersecurity. 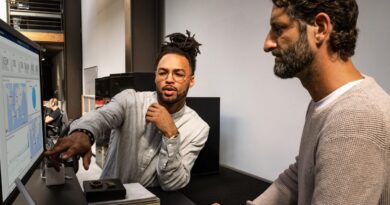 Preparing for your migration from on-premises SIEM to Azure Sentinel 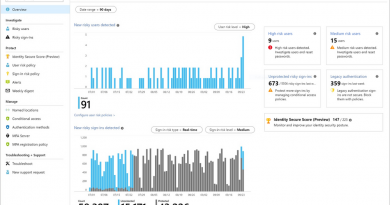