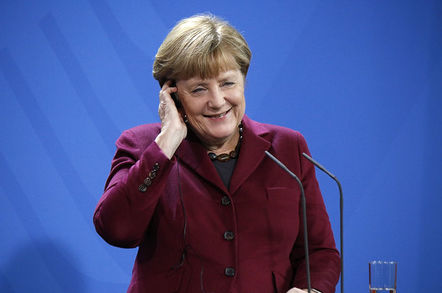 German politicians, journalists and other prominent public figures have been doxxed by hackers who distributed their personal data on Twitter, according to local reports.

A slew of prominent figures and organisations were seemingly targeted for the data dump operation.

“Contact details such as hundreds of mobile phone numbers and addresses of politicians from the Bundestag and partly also from state politics were reported,” according to one version of events from German TV Die Tagesschau (natürlich auf Deutsch).

“There is no system for selecting published data and information,” it continued. “Rather, it seems as if everything that came into the hackers’ [hands] has been posted on the internet.”

Nobody appeared sure where the data came from, though the sheer breadth and depth of it suggests a sustained operation that was ongoing for some years, judging by other reports. While Die Tagesschau presented the hack as motivated by right-wing political beliefs, other outlets looked closely at the data dump and saw that the ruling centre-right party, Chancellor Angela Merkel’s Christian Democratic Union, had also been targeted – something that suggests the motive may not have been entirely political.

Oddly, the only political party whose data had not been released (“yet”, as tabloid Das Bild reported) was the right-wing Alternative für Deutschland, Germany’s answer to UKIP.

The perfunctory “Russia did it” spiel hasn’t yet been wheeled out, though the initial modus operandi of leaving the AfD alone is clearly intended to point inquiring minds in their direction. Russia generally supports right-wing populist political parties in the West, either through rhetoric or murkier methods.

Das Bild quoted deputy government spokesperson Martina Fietz as warning that fake material could have been introduced into the data.

A spokesman for the far-left Linke party told newswire Reuters: “I can confirm there has been an incident,” adding that the party’s Parliamentary leader had been one of the victims.

Defiantly, the Social Democratic Party’s secretary-general, Lars Klingbeil, told Das Bild: “Any possible political motivation for this attack must be clarified. Whoever is responsible wants to intimidate politician and [they] will not succeed. The competition between democratic parties takes place through the competition of ideas – not through the publication of sensitive, personal data.”

Although the information was being broadcast on Twitter before Christmas, the world only woke up and noticed it this year. Twitter has now reportedly deleted one of the accounts posting links to the data dumps. ®

During our research for this article, Google Translate threw up this gem: “It is also puzzling where the data was actually sucked off.”

With the original German here being “Rätselhaft ist auch, wo die Daten eigentlich abgesaugt wurden”, a more accurate translation would be “hoovered up” or “sucked up from” rather than “sucked off”. Nonetheless, as one Twitter wag observed: “Who amongst us hasn’t been puzzled by how we ended up getting our data actually sucked off?”