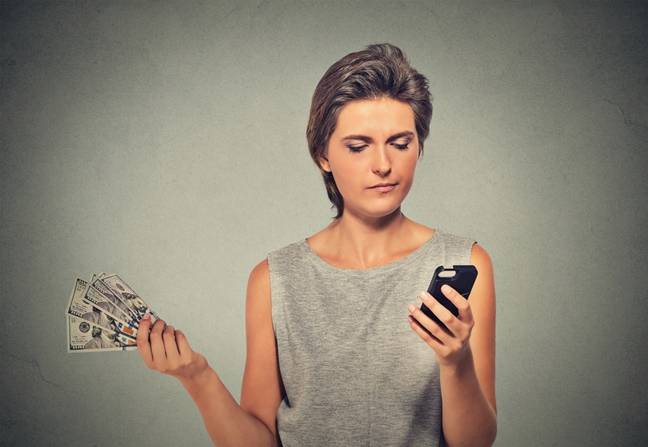 A Glaswegian business has been fined £160,000 for making 1.6 million nuisance calls to people on the UK’s opt-out database – five years after it received a £90,000 fine which was also for dodgy dialling.

“Bespoke” bedroom, kitchen and bathroom biz DM Design Bedrooms made this round of unsolicited calls between April and November 2017, eliciting 99 complaints to the UK’s data protection watchdog.

The recipients of the calls were registered on the Telephone Protection Service (TPS), which is an opt-out database that companies are required to screen against so they don’t call people on the list.

DM Design told the Information Commissioner’s Office that it did this – but it turned out that the last time it downloaded the TPS list was March 2017. Adding to that, there was no evidence anyone had consented to being contacted.

The firm was fined £90,000 in 2013 for making thousands of nuisance calls, and the ICO noted that – despite paying up – this latest breach showed “a clear lack of remedial measures” had been taken.

This time, it was fined £160,000 for the breach of the Privacy and Electronic Communications Regulations, which govern direct marketing.

Meanwhile, a separate investigation by the ICO handed down a £90,000 fine to a firm that made almost 75,000 calls to people registered on the TPS.

This company, Solartech, registered in northeast England, is also something of a repeat offender, having first been placed under investigation by the ICO in 2014.

At the time, the company said it had purchased information from a third-party data broker and had “assumed it was TPS checked”. The ICO didn’t issue a fine, but monitored Solartech activities for three months and saw a drop off in complaints.

However, Solartech came back on to the watchdog’s radar in 2016 and despite promises to fix its non-compliance, continued to flout the law.

After two further monitoring periods, and a number of advisory letters, the ICO found that for one group of numbers, 99 per cent of all calls made were to TPS-registered numbers.

Overall, there were some 74,902 calls made in contravention of the Privacy and Electronic Communications Regulations between January 2017 and 30 June 2017.

“Making marketing calls to people who are registered with the TPS is completely unacceptable, and we will take robust enforcement action against firms that are contacting people without their consent,” said ICO enforcement manager Andy Curry. ®