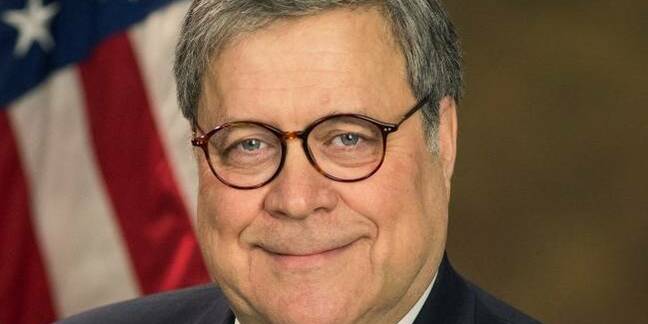 The US Department of Justice is once again taking Apple to task for not cooperating with device decryption requests, even after it announced that it had retrieved information from a pair of iPhones without Cupertino’s help.

Attorney General Bill Barr and FBI director Christopher Wray said on Monday the Feds have been able to get into two locked iPhones owned by Mohammed Saeed Alshamrani, the scumbag who last December gunned down three people and injured eight others in a shooting at the Pensacola Naval Air Station in Florida. Alshamrani was shot and killed by county sheriff deputies.

According to the two big-wigs, data extracted from the smartphones confirms Alshamrani carried out the murders as an act of terrorism on behalf of, and in cooperation with, the group Al Qaeda in the Arabian peninsula.

Those findings confirm what pretty much everyone already knew: that the shooting was a terrorist attack on behalf of a radical group. Of more interest, in this case, is the way in which the data the US government announced today, was obtained.

Barr and Wray confirmed they got the information off of the locked and encrypted iOS phones with a break-in tool, possibly a next-gen Cellebrite or Gray Key widget, or something similar that exploits weaknesses in Apple’s firmware or brute-forces the login user interface to unlock them.

“Thanks to the great work of the FBI – and no thanks to Apple – we were able to unlock Alshamrani’s phones,” said Attorney General Barr.

“The trove of information found on these phones has proven to be invaluable to this ongoing investigation and critical to the security of the American people.”

As Barr alluded to, this announcement comes after the Feds spent months fighting with Apple over their request that Alshamrani’s phones be forcibly unlocked and the contents decrypted by Apple and then handed back over to law enforcement. Apple refused, saying that would involve some kind of special backdoor that it was unwilling to work on. The operating system and hardware encrypt the contents of the handhelds until unlocked.

Investigators had approached Apple months ago about the possibility of its engineers overriding or bypassing the locks on the two phones in order to decrypt and extract their data, only to be rebuffed by the Cupertino phone flinger.

“I could not be prouder of the relentless dedication of the men and women at the FBI who worked for months under difficult conditions to access these devices,” Wray said.

“Their skill and persistence, and the sustained investigative efforts by FBI Jacksonville, the FBI’s Counterterrorism Division, and our many other federal, state, and local partners, have been nothing short of extraordinary in this case.”

Since the unlocking demand was made public by Barr in January, Apple has maintained it provided the FBI with assistance by giving access to iCloud backups of both of Alshamrani’s iPhones.

What the Feds wanted, of course, was for the data on the phones themselves to be instantly decrypted on demand, and handed over to agents.

This has long been the sticking point between law enforcement and Apple. The FBI and other agencies want a means to decrypt any handset on demand, while Apple rightfully notes that doing so would mean inserting a back door that could be potentially exploited by rogue government agents or repressive regimes, or criminals, to leaf through people’s private information.

In a statement, Apple told The Register:

ACLU senior staff attorney Brett Max Kaufman pointed out that what Barr didn’t address was why, if the FBI can get data off the iPhone without Apple’s help, they still need the back door?

“Every time there’s a traumatic event requiring investigation into digital devices, the Justice Department loudly claims that it needs backdoors to encryption, and then quietly announces it actually found a way to access information without threatening the security and privacy of the entire world,” said Kaufman.

“The boy who cried wolf has nothing on the agency that cried encryption.”