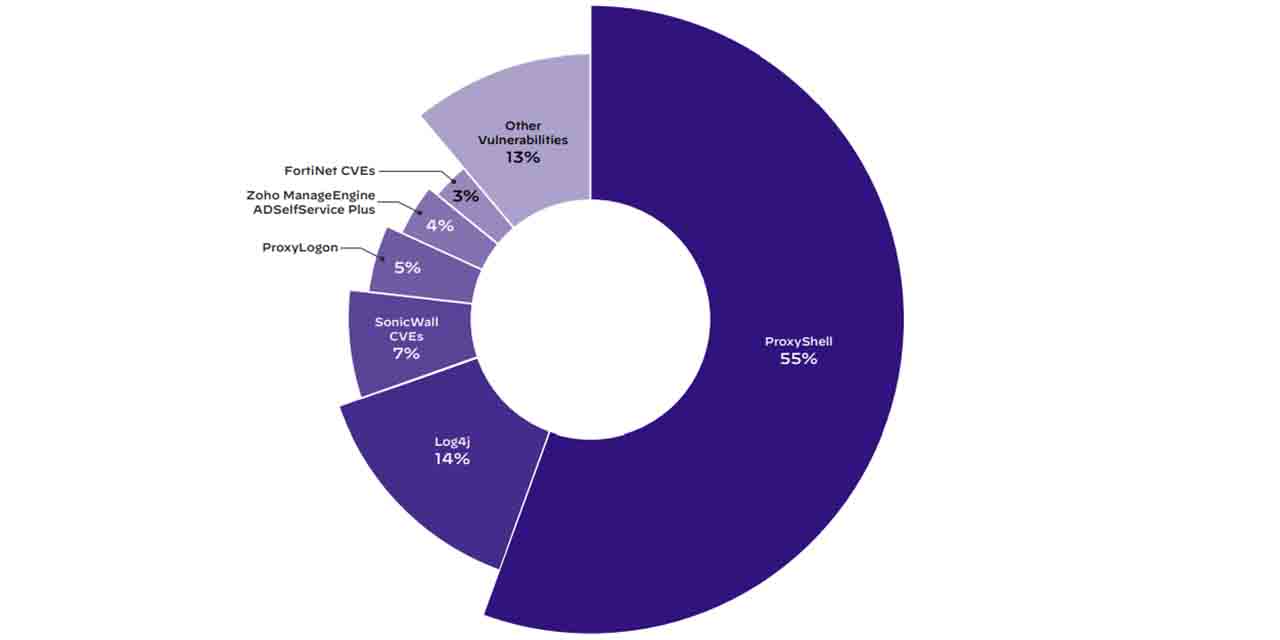 Attackers play favorites when looking at which software vulnerabilities to target, according to researchers from Palo Alto Networks.

In 55% of incidents where Unit 42 was able to identify the vulnerability, the attackers had targeted ProxyShell. Just 14% of those cases involved Log4j. Unit 42 researchers analyzed data from a sampling of over 600 incident response engagements between April 2021 and May 2022 for the report.

“The 2021 Attack Surface Management Threat Report [released in April] found that attackers typically start scanning for vulnerabilities within 15 minutes of a CVE being announced,” the company said in blog post accompanying the incident response report. “In fact, it can practically coincide with the reveal if the vulnerabilities themselves and the access that can be achieved by exploiting them are significant enough.”

Exploiting software vulnerabilities was the second most common attack method, according to the Unit 42 analysis. The top access vector was phishing. Brute-force credential attacks, primarily targeting Remote Desktop Protocol, rounded out the top three. These three attack vectors made up more than three-quarters of incidents (77%) analyzed in the incident response report.