Our analysis of a targeted attack that used a language-specific word processor shows why it’s important to understand and protect against small-scale and localized attacks as well as broad-scale malware campaigns. The attack exploited a vulnerability in InPage, a word processor software for specific languages like Urdu, Persian, Pashto, and Arabic.

More than 75% of the targets were located in Pakistan; however, the attack also found its way into some countries in Europe and the US. The targets included government institutions.

In the past, researchers at Palo Alto and Kaspersky have blogged about attacks that use malicious InPage documents. Beyond that, public research of these types of attacks has been limited.

The Office 365 Research and Response team discovered this type of targeted attack in June. The attack was orchestrated using the following approach:

Office 365 ATP leverages massive threat intelligence from different data sources and integrates signals from multiple services such as Windows Defender ATP and Azure ATP. For example, Windows Defender Antivirus detects the malicious files and documents used in this attack. Additionally, endpoint detection and response (EDR) capabilities in Windows Defender ATP detects the DLL side-loading and malicious behavior observed in this attack. Through the integration of Office 365 ATP and the rest of Microsoft security technologies in Microsoft Threat Protection, detection and remediation are orchestrated across our solutions.

The decrypted malicious DLL contains two files embedded in the PE resources section. The first resource file is named 200, which is a legitimate version of VLC media player (Product Version: 2.2.1.0, File Version: 2.2.1). The second file in the resources section is named 400, which is a DLL hijacker that impersonates the legitimate file Libvlc.dll.

The vulnerable VLC media player process searches for the dropped file Libvlc.dll in the directory from which it was loaded. It subsequently picks up and loads the malicious DLL and executes its malicious function.

The most interesting malicious code in Libvlc.dll is in the function libvlc_wait(). The malicious code dynamically resolves the API calls to connect to the attacker C&C server and download a JPEG file. If the C&C server is not reachable, the malware calls the API sleep() for five seconds and attempts to call back the attacker domain again.

If the JPEG file, logo.jpg, is successfully downloaded, the malicious code in libvlc_wait() skips the first 20 bytes of the JPEG file and creates a thread to execute the embedded payload. The code in JPEG file is encoded using Shikata ga nai, a custom polymorphic shellcode encoder/decoder.

Below an example of HTTP request sent to the C&C to download the malicious file logo.jpg.

Figure 7. HTTP GET Request embedded in the JPEG File

The historical Whois record indicated that the C&C server was registered on March 20, 2018.

The shellcode in the JPEG file uses multiple layers of polymorphic XOR routines to decrypt the final payload. After successfully decrypting the payload, it drops and executes the final DLL malware aflup64.dll in the folder %ProgramData%\Dell64.

Figure 9. The first 29 Bytes of the JPEG file after the header make up the first decryption layer

The malware’s capabilities include:

Collected information or responses to commands are sent back to the attacker domain via an HTTP post request. The request has a custom header that always starts with 37 hardcoded alphanumeric characters.

The malware also has a list of hardcoded file names of security products and sandbox solutions. If these files are present in a machine the malware attempts to infect, it exits:

Historically, malware payloads like the stage 2 malware in this attack are used to steal credentials and other sensitive information, install more payloads, or move laterally in the network. However, because the malware opens a backdoor channel for remote attackers to execute arbitrary commands of their choice, there’s a wide range of possibilities.

These two services integrate with the rest of Microsoft’s security technologies as part of the Microsoft Threat Protection, an integrated solution providing security for the modern workplace across identities, endpoints, user data, cloud apps, and infrastructure. Cybersecurity is the central challenge of our digital age, and Microsoft doesn’t stop innovating to provide industry-best integrated security. For more information, read the blog post Delivering security innovation that puts Microsoft’s experience to work for you. 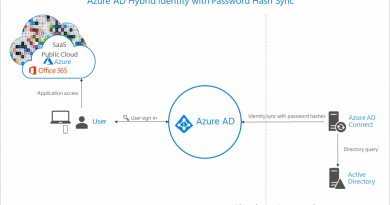 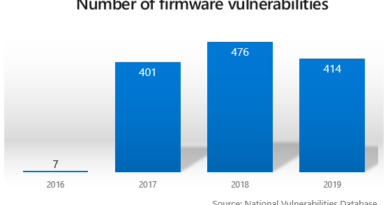 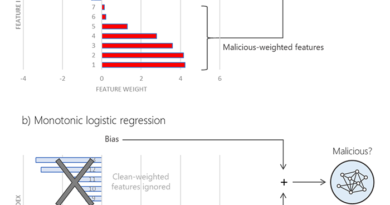