(Reuters) – Apple Inc (AAPL.O) on Wednesday published four new papers outlining technical details of how some of the privacy features in its most recent operating systems work.

The white papers are similar to a security guide that Apple publishes for the iOS operating system that powers iPhones. They cover Apple’s photo app, its Safari web browser, the location-based services on its mobile devices and a new service for signing into third-party apps introduced this year that competes with similar services from Facebook Inc (FB.O) and Alphabet Inc’s (GOOGL.O) Google.

Apple does not make public the code for its operating systems or software, so privacy and security researchers use the descriptions it publishes to understand how those systems work.

In the papers, Apple outlines how its new sign-in system tries to prevent the creation of fake accounts in apps, a problem for nearly all app developers that has taken on new importance with the advent of bots on social networks.

The company uses machine-learning technology that analyzes whether the device user engages in “ordinary, everyday behavior such as moving from place to place, sending messages, receiving emails, or taking photos,” Apple said.

That yields a numerical score that Apple combines with data from its servers to produce an assessment sent to the developer of whether the account creator is a real user.

Apple also outlined steps it has taken to cut off app developers that circumvent its rules. For example, even when users have turned off location-based services that use an iPhone’s GPS chips, app developers can scan for nearby Wi-Fi networks and Bluetooth devices to approximate the user’s location. Developers now must ask permission for Bluetooth access, for example, and explain why it is needed, Apple’s guides said.

The company has sought to market its technical approach to privacy as being significantly different to those of its rivals. It has both implicitly and explicitly criticized competitors Google and Facebook, both of which rely on data gathered from users to fuel advertising businesses.

Leaders at both rivals have said that they take steps to protect user data while using it to help keep their services free or low-cost for billions of people. Google Chief Executive Sundar Pichai said in a New York Times op-ed that “privacy cannot be a luxury good offered only to people who can afford to buy premium products.” 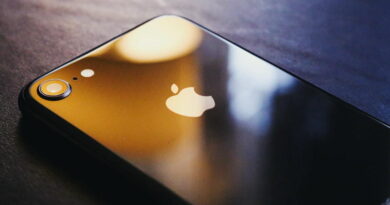 Apple Looking To Close Gap Between Web And App Privacy