A single court-authorized wiretap order resulted in authorities in the Southern District of Texas scooping up more than 9.2 million communications—becoming “the federal wiretap with the most intercepts in 2018,” TechCrunch reported on Saturday, citing the federal government’s annual wiretap report.

There’s not much more information on the case in the report, other than that the wiretap order targeted 149 individuals in connection with a federal narcotics case over the course of 120 days. The wiretap order later expired, and police have not made any arrests in connection with the case, according to TechCrunch. Out of those roughly 9.2 million intercepts, none were listed as incriminating. The entire operation cost $315,673, though that total dropped to $15,180 when excluding expenditure on manpower.

Without more information, it’s difficult to tell exactly what was going on in that situation, beyond the fact that it was apparently a massive operation. The number of intercepted messages is over 500 a day for each of the 149 individuals on average (though there’s no actual breakdown of the numbers) and the case is listed under the broad type designation intercept type “WC,” meaning cellular or mobile telephones.

It’s also possible there was some kind of error, whether in the federal transparency report or in the originally submitted numbers. But another federal case, this time in the Eastern District of Pennsylvania, was listed as coming in second place, with some 9.1 million intercepts collected from 45 individuals.

None of the authorized requests from state authorities were as pervasive, but still pulled in a lot of data. According to the report, “The state wiretap with the most intercepts was a 30-day wiretap for a sex trafficking investigation in Contra Costa, California, which resulted in the interception of 140,150 cell phone conversations and messages.”

As TechCrunch noted, wiretaps are one of the most invasive forms of surveillance, giving law enforcement personnel real-time access to targeted systems and requiring investigators to show requirements “far higher than other surveillance measures.”The report notes that in 2018, “total of 96 percent of all authorized wiretaps (2,831 wiretaps) were reported to have used portable devices,” which “includes cell phone communications, text messages, and application software (apps).” Most of the authorized wiretaps were also for narcotics investigations or cases involving narcotics as well as other offenses (46 percent in the first case, and 77 percent in the latter).

TechCrunch wrote that the number of wiretaps and related convictions fell sharply in 2018, while investigators ran into more problems with encryption:

But the overall number of wiretaps authorized and subsequent convictions “fell sharply” in 2018, the U.S. Courts said in its annual transparency report.

A total of 2,937 wiretaps were authorized in 2018, down 22% on the year prior. The report also said that number of wiretaps using encryption went up, rendering the wiretap ineffective.

However, other warrantless searches of Americans’ data were up in 2018 via the National Security Agency’s section 702 powers, which allow warrantless collection of data on foreigners held by U.S. companies and were renewed at the beginning of last year, according to a prior report by TechCrunch.

The NSA targeted 164,770 foreign individuals or groups in 2018, up from 129,080 the year prior. In the process, the NSA carried out “9,637 warrantless search queries” concerning “Americans’ calls, text messages, emails and other communications,” up from 7,512 in 2017, TechCrunch wrote. Those numbers don’t include queries made by the FBI or Drug Enforcement Administration, which also has access to the databases.

“… An upperclassman who had been researching terrorist groups online.” – Washington Post 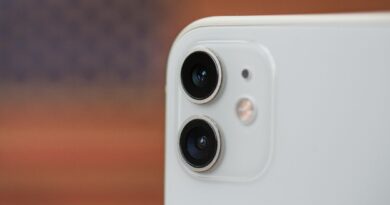 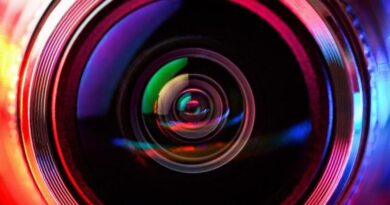 FTC Orders SpyFone To Delete All Of Its Surveillance Data