Earlier this year, I reached out to Check Point researcher Eyal Itkin, who had published multiple flaws in several Remote Desktop Protocol (RDP) clients, including a vulnerability in mstsc.exe, the built-in RDP client application in Windows. While there were no active exploits detected in the wild, it was important for me and my team at Microsoft to analyze the vulnerability, do further variant analysis and investigations, and build defenses, including cloud-based post-breach detection in addition to the operating system fix.

The cross-company collaboration that followed was especially critical in this case, because the attack technique is quite tricky to detect. The vulnerability exists in the shared clipboard mechanism. Unlike other RDP vulnerabilities that could allow an attacker to connect to target machines using the RDP protocol, in this case, an attacker would wait for a user to connect to a compromised machine, and then start the attack through the vulnerability. RDP anomaly detection wouldn’t be useful, because exploit behavior doesn’t stand out as unusual.

The vulnerability, called Poisoned RDP vulnerability and designated as CVE-2019-0887, has been fixed, but it serves as a good case study for industry collaboration leading to better and speedier response to security issues. In this blog, we’ll share an overview of the vulnerability and how we worked with Check Point to build the defenses using Windows telemetry.

A typical RDP scenario is connecting an RDP client to an RDP server installed on a remote computer. After successfully connecting, the client gains access to the remote server. Depending on the user’s permissions, the client can then control the server. What happens if it’s the other way around, where a remote server can attack and gain control of a client?

In his research into reverse RDP attacks, Eyal Itkin found that for mstsc.exe, this technique, also referred to as lazy lateral movement, was possible through the clipboard sharing channel. The shared clipboard allows a user to copy a group of files from one computer and paste the said files in another computer. If the client fails to properly canonicalize and sanitize the file paths it receives, it could be vulnerable to a path traversal attack, allowing a malicious RDP server to drop arbitrary files in arbitrary paths on the client machine.

Moreover, every time a clipboard is updated on either side of the RDP connection, a message is sent to the other side to notify it about the new clipboard formats that are now available. This means that a malicious server is notified whenever the client copies something to the clipboard, which the server can then query and read.

The server can also notify the client about a fake clipboard update without an actual copy operation inside the RDP window, thus completely controlling the client’s clipboard without the user being noticed.

While we worked on fixing the vulnerability, it was important for us to develop a post-breach detection in order to protect customers from attacks that might exploit the vulnerability. For this effort, we worked closely with Eyal, whose cooperation was critical to the development of these solutions.

Given the details of the vulnerability, we worked under the following conditions:

Microsoft Security Response Center (MSRC) worked with Check Point to further investigate and address the vulnerability. The fix for CVE-2019-0887 was released as part of the July 2019 security update. We encourage customers to keep systems up-to-date.

The responsible disclosure of CVE-2019-0887 by Check Point and the subsequent collaboration with Microsoft teaches us several lessons in security. From design perspective, there’s a lesson to be learned from how the clipboard, which was originally designed to be used locally, was applied in new environments.

Meanwhile, our research into post-breach defenses given the unique characteristics of this attack scenario highlighted the importance of Windows telemetry in detecting malicious behavior. ETW is a powerful defender tool that allows the creation of new detection mechanisms that don’t require an OS update.

Overall, this cross-company, cross-continent teamwork demonstrates the benefits of industry collaboration. We discovered a vulnerability, secured customers, and developed fix, all while learning important lessons that we can share with the industry.

Eyal and I shared these lessons in our Black Hat USA 2019 session, “He Said, She Said – Poisoned RDP Offense and Defense”. 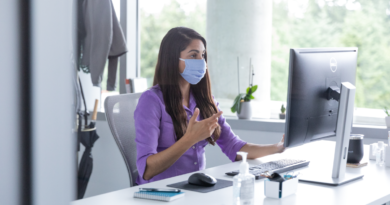 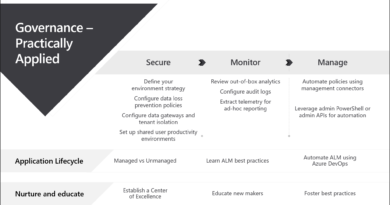